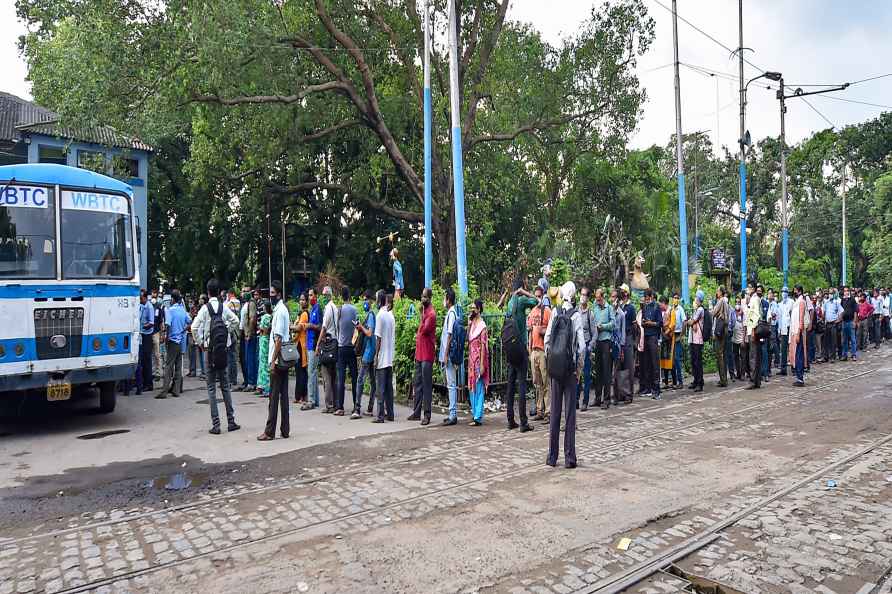 Thiruvananthapuram, April 20 : The Pinarayi Vijayan-led LDF government in Kerala on Wednesday gave its nod for a hike in auto, taxi and bus fares, which will come into effect from from May 1. Minimum auto fare has been raised from Rs 25 to Rs 30, while the taxi fares have been increased to Rs 200 and the minimum bus fares have gone up from Rs 8 to Rs 10. Kerala State Private Bus Operators Federation (KSPBOF) has been up in arms demanding an increase in the minimum fare. It was after an assurance from Chief Minister Vijayan, last month, that they called off their protest. Even though the minimum bus fares demanded was Rs 12, it was not accepted. The last time the bus fare was revised was in 2018 when it was raised by Re one to Rs 8 and after that despite numerous demands it was turned down. The KSPBOF's demand to raise the student fare to Rs 6 has not become a reality as the government is waiting for a report to this effect from a committee. There are 12,500 private buses which operate in Kerala and is the backbone of the daily travel of the common man as the state-run State Road Transport Corporation has around 6,500 buses only. The bus operators have been in dire straits on account of the high operating costs. High diesel price, inability to make payments to bus workers and the cost of servicing buses as other reasons which have made their going tough. In February, it was big news when a few members the Contract Carriage Owners Association (CCOA) decided to sell their luxury buses and priced it at Rs 45 for a kilogram. /IANS

Vedanta puts its copper smelter plant in Tuticorin on sale
[**EDS: FILE PHOTO** Bengaluru: In this Thursday, May 24, 2018 file photo, activists of New Socialist Alternative stage a protest against the killing

Kanpur, June 20 : A novel water testing kit that is highly sensitive and can detect the presence of E.coli in drinking water has been developed by researchers from the Indian Institute of Technology ( […]

New Delhi, June 20 : A car caught fire after it rammed into a divider of a road in the national capital on Monday morning, a Fire Department official said. The official informed that they receiv […]