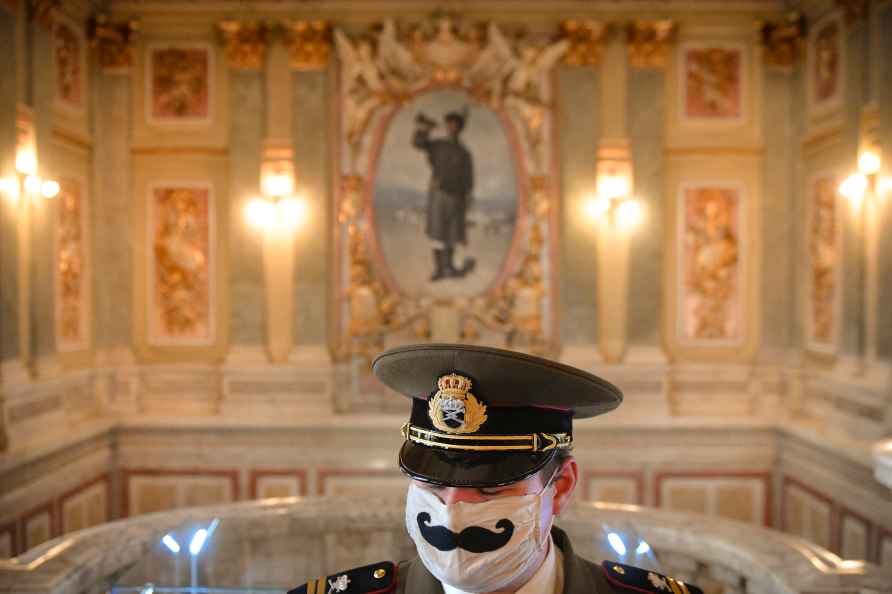 Mumbai, April 18 : Celebrated fashion designer Manish Malhotra has revealed on social media that the fuchsia pink lehenga for actress Alia Bhatt's mehendi ceremony took 3,000 hours to make and that it featured 180 textile patches. Reminiscing about the work that went into creating this masterpiece, Manish wrote: "A treasure of traceability and trust. The very beautiful #ManishMalhotraBride. The very beautiful #ManishMalhotraBride @aliaabhatt chose to personalise her Mehendi ensemble with a sustainable approach, where approximately 180 textiles patches come together to mark her momentous occasion, the most special one indeed." Malhotra said that the "custom touches reminisce about her journey and depict symbolic elements of her memories. Inscribed through Kashmiri and Chikankari threads, the passionate 3,000-hour intricate handwork of #Mijwan women features a fuchsia pink Lehenga and a blouse embellished in real gold and silver nakshi and kora flowers, and vintage gold metal sequins from kutch." Talking about the technique, the designer shared: "The patches are woven together using a couture technique of cross-stitches with three tar and six tar anchors. Edged in real gold zari and appliques, this handwoven silk ensemble also carries Banarasi brocades, jacquard, bandhani, Kachha Resham knots, and some scraps from brides' earlier outfits and detailing from #ManishMalhotraArchives." "Every love story is unique, and @manishmalhotra05 beautifully narrates her beginning tale of a joyous forever," added Manish. Ranbir and Alia got married in an intimate wedding on April 14. The marriage was followed with a party on Saturday night which was attended by celebrities such as Gauri Khan, Aditya Roy Kapur, Karan Johar, Ayan Mukerji, Shakun Batra, Malaika Arora and Arjun Kapoor, Aadar Jain with girlfriend Tara Sutaria, Anushka Ranjan with husband Aditya Seal, and Akansha Ranjan Kapoor. /IANS

Ahmedabad, June 18 : Prime Minister Narendra Modi penned an emotional note to mark his mother Heeraba's 100th birthday on Saturday, in which he said that "maa isnt a mere word but it captures a range […]

It was tough for me to come to terms with being dropped, but I was very bull-headed: Karthik

Rajkot, June 18 : India cricketer Dinesh Karthik has revealed how difficult it was for him to come to terms with being dropped from the India team, adding that he had made it a big issue of getting hi […]

Mumbai, June 18 : The first poster of epic period film 'Shamshera', which will see Ranbir Kapoor returning to the big screen four years after 'Sanju', recently got leaked after a fan activation event. […]