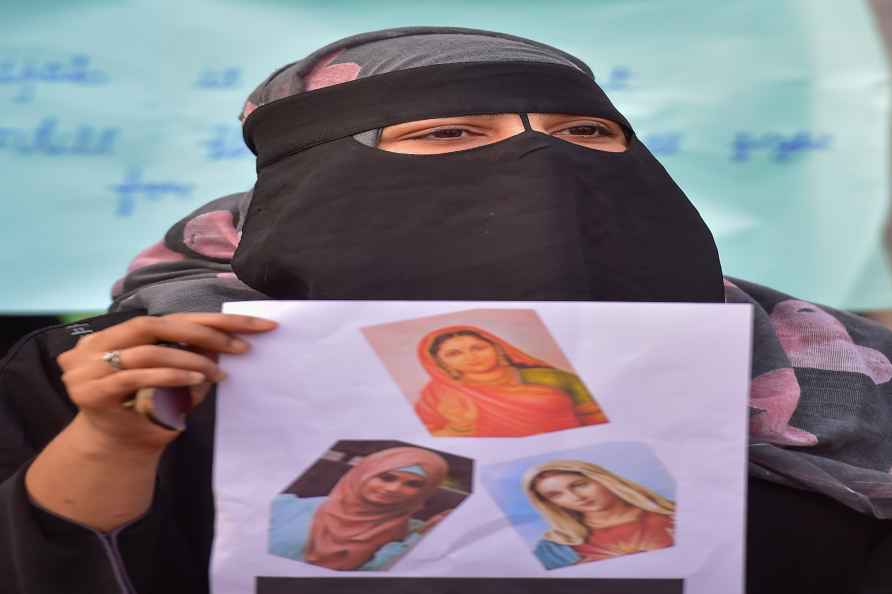 [Colombo: Sri Lankans gather at a fuel station to buy diesel before the beginning of curfew in Colombo, Sri Lanka, Saturday, April 2, 2022. Sri Lanka imposed a countrywide curfew starting Saturday evening until Monday morning, in addition to a state of emergency declared by the president, in an attempt to prevent more unrest after protesters took to the streets blaming the government for the worsening economic crisis. /PTI] Colombo, April 3 : Amid the ongoing unrest in Sri Lanka and ahead of a massive anti-government protest planned for Sunday, several social media users have complained of disruptions while trying to access Twitter, Facebook and YouTube, a media report said. According to a Daily Mirror report, rumours were rife since Saturday that there were plans to block social media sites, with users suggesting that VPNs (virtual private network) should be downloaded. Late Saturday night, "users complained that the apps were not working, leading to strong speculation that the government had restricted access to the sites", the report added. However, there was no official confirmation on the development. The Daily Mirror report comes as an island-wide curfew is currently in place in the wake of the protest which is against the ongoing economic crisis in the island nation which has led to a severe shortage of fuel, LPG, electricity, food, as well as medicines. The curfew came into force at at 6 p.m. on Saturday evening, and will remain until 6 a.m. on Monday morning. On Friday night, President Gotabaya Rajapaksa also declared a state of emergency following a violent demonstration outside his residence the previous day, which led to the arrests of 50 protesters. Under the emergency decree, police is allowed to arrest any suspect without a warrant. While the opposition, civil rights groups and legal experts have condemned Rajapaksa's move, the government has alleged that the violence during Thursday's protest was introduced by an 'extremist' group which wanted enforce an 'Arab Spring' in Sri Lanka. /IANS

Thiruvananthapuram, Aug 4 : The Kozhikode Police on Thursday took into custody Mehnaz, husband of Kerala vlogger Rifa Mehnu who died by suicide, for marrying Mehnu when she was a minor. Mehnaz, […]

RS adjourned till 12 noon amid din

New Delhi, Aug 4 : Amid protests from the opposition members over different issues, including the misuse of investigative agencies, the Rajya Sabha proceedings on Thursday were adjourned till 12 noon. […]

Govt vigilant about EVs safety, experts on the job: Minister

New Delhi, Aug 4 : Chief Justice of India N.V. Ramana on Thursday recommended the name of Justice Uday Umesh Lalit as his successor to the Union Minister for Law and Justice. According to a comm […]