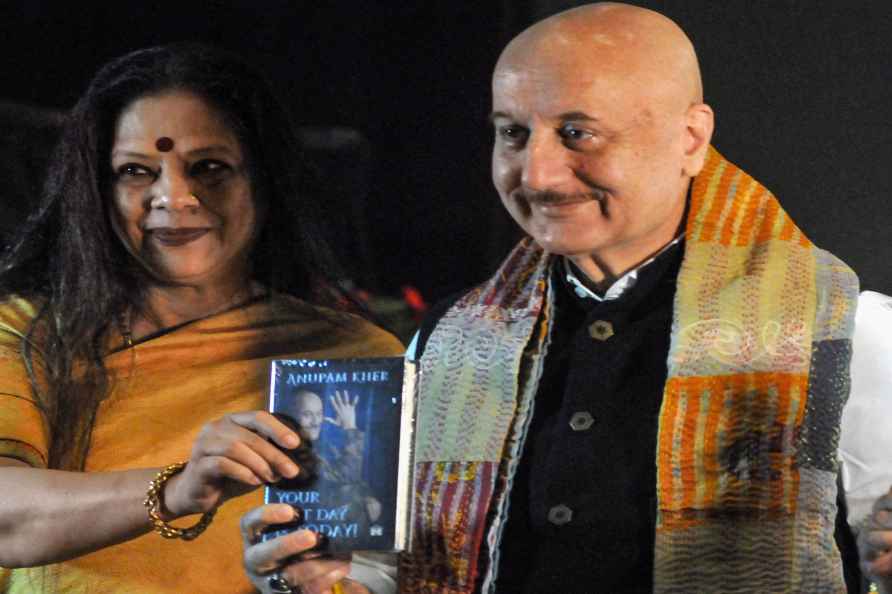 Mumbai, March 22 (IANS) Veteran actor Anupam Kher has started shooting for 'IB 71' starring Vidyut Jammwal, which marks his 523rd movie. The actor took to Instagram and Twitter, where he shared a slew of pictures from the set. In the images, he is seen posing with Vidyut and the film's clapboard. "And I start my 523rd film #IB71 with the highly talented and heart-warmingly humble @VidyutJammwal! His company @ActionHeroFilm1 produces it. #SankalpReddy of #TheGhaziAttack fame directs this fantastic thriller! Jai Ho and Jai Hind! ???? #LifeOfAnActor #Movies #JoyOfCinema." Directed by Sankalp Reddy, the espionage thriller is based on a true incident of how Indian Intelligence Officers outwitted the entire Pakistani establishment and gave the Indian armed forces the required advantage to face a two-front war. The film is Vidyut's debut production venture under his banner Action Hero Films in association with T-Series and Reliance Entertainment. --IANS

The shoes are too big to fill: Tiger on 'Heropanti 2' Eid release
Mumbai, March 24 (IANS) Bollywood action star Tiger Shroff is gearing up for his first ever Eid release in the form of 'Heropanti 2', feels that he ha

Mistakes will happen, but we are going in the right way: Rishabh Pant

Bengaluru, June 20 : India captain for the T20I series against South Africa Rishabh Pant affirmed after the series ended in a 2-2 stalemate here that the team was heading the "right way" despite a cou […]

Intermittent light rain to continue in J&K till June 22

Srinagar, June 20 : Rain in plains and light snow in higher reaches of Jammu and Kashmir continued during the last 24 hours. The Meteorological (MeT) department said on Monday that cloudy weather with […]