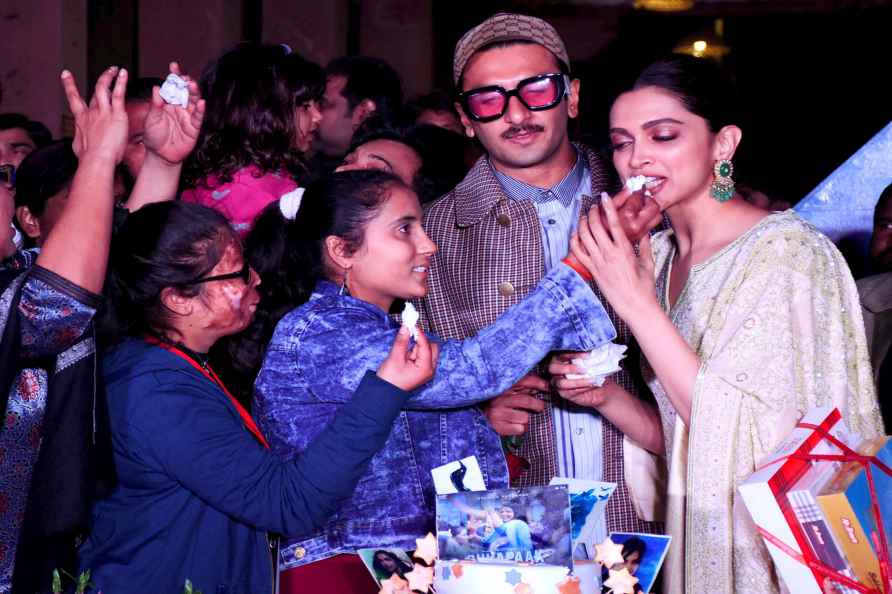 Mumbai, Jan 27 : Actress Alaya F has wrapped up shooting for her upcoming thriller film "U-Turn". Alaya shares: "This film is very special to me and being the last day of this beautiful journey, it is just unbelievable. I am very grateful for the very lovely crew who was giving their all, every day, no matter how difficult some days were. Everyone really pulled through." She says that the entire team was always filled with enthusiasm for the project and we all worked together so wonderfully to make it all come together. Alaya adds: "So much has happened during the shoot but each moment has made this film a labor of love. As this journey comes to an end, I cant wait for everyone to watch and experience the same." The actor began shooting for the film early last year and as the shoot came to an end, team "U-Turn" decided to celebrate on the sets. Director Arif says: "The journey for this film has been amazing, and we are filled with emotions as we wrap our shoot today. I am extremly thankful to Ekta mam and the entire team for putting in their hard work and heart in the making of this film." Set against an urban backdrop, "U-Turn", will be produced by Cult Movies, which is the new division under Shobha Kapoor and Ekta R. Kapoor's Balaji Telefilms, which focuses to produce new age and edgy content. In "U-Turn", Alaya dons the character of a journalist. The film is produced by Cult Movies, a new division under Shobha Kapoor and Ekta Kapoor's Balaji Telefilms. /IANS

After London Indian Film Festival, 'Dobaaraa' headed for Fantasia Montreal
Mumbai, July 1 : Senior Filmmaker Anurag Kashyap's upcoming directorial 'Dobaaraa is to be screened at the Fantasia Film Festival, which will be held

Kiara Advani talks about the joys of being helmed by S. Shankar
By Arundhuti Banerjee Mumbai, July 1 : Kiara Advani, who is enjoying the success of her recently released films 'Jug Jugg Jeeyo' and 'Bhool Bhoolaiy

Thiruvananthapuram, July 3 : The drama that began on Sunday morning when seven-time Kerala lawmaker P.C. George, called as a witness in a conspiracy case, was arrested in a case filed by the solar sca […]

Birmingham, July 2 : With the rain eating a majority of Day Two's play between England and India in the rescheduled fifth Test at Edgbaston, captain Jasprit Bumrah shone with his all-round efforts to […]