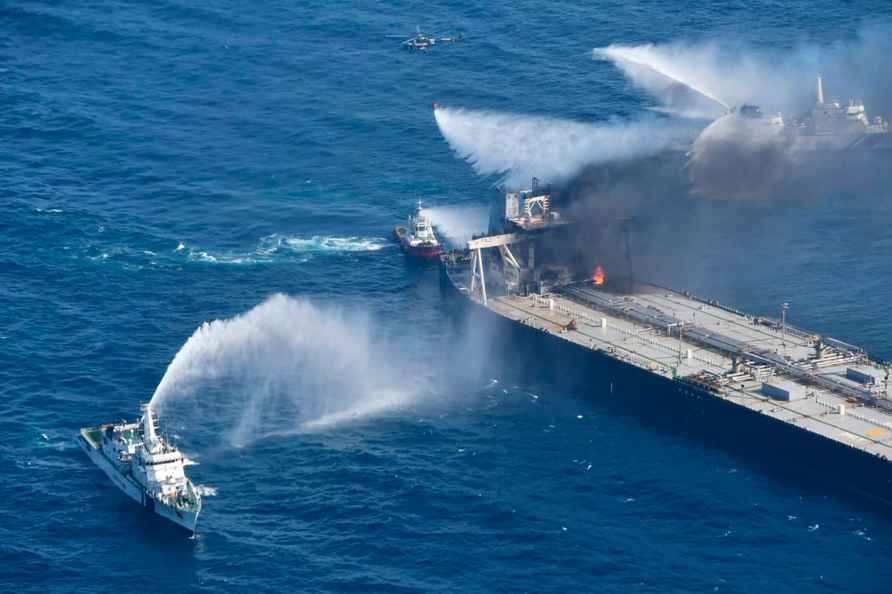 Chennai, Jan 26 : Four fishermen from Nagapattinam district were brutally assaulted and robbed by a group of Sri Lankans on Tuesday evening. The fishermen from Nagapattinam Ariyanaatutheru fishing hamlet were fishing from a motorboat at about 15 km from Kodiyakarai (Point Calimere) when they were attacked by unidentified assailants. The assailants, according to the fishermen were Sri Lankans who confronted them demanding their catch and fishing nets. On being refused, they attacked them. The Indian fishermen complained that they were brutally attacked with lethal weapons and were outnumbered as the assailants in two boats were eight in number. K. Vasanthabalan( 24) was grievously injured in his left arm, while M. Manikantan (25), S. Nirmal (23), and K. Thalainathan (23) were inflicted injuries on the head and stomach. The assailants took the batteries, inverters, fishing nets, lights, and their catch, the fishermen complained. The fishermen returned to Nagapattinam by late-night and since the injuries were grave they were referred to Government Medical College Hospital, Tiruvarur, and Government General hospital in Nagapattinam. A criminal case has been registered at the Vedaranyam Marine Police station against unidentified assailants from Sri Lanka. This is the fourth attack against Tamil Nadu fishermen by the Sri Lankans and the third this week. On Monday, eleven fishermen from Pushpavanam village were attacked by Sri Lankan assailants in two attacks. The Ministry of External Affairs (MEA) has already taken up diplomatic discussions with the Sri Lankan government over the continuous attack by the Sri Lankan Navy against Indian fishermen from Tamil Nadu. The Sri Lankan fisheries and aquatic department have already announced the auction of 105 fishing boats seized by the Sri Lankan Navy from Indian fishermen from Tamil Nadu for crossing the International Marine Boundary Line (IMBL). The auction is to take place in February 2022. As many as 55 Indian fishermen are in Sri Lankan jails for crossing the Indian Marine Boundary Line (IMBL). /IANS