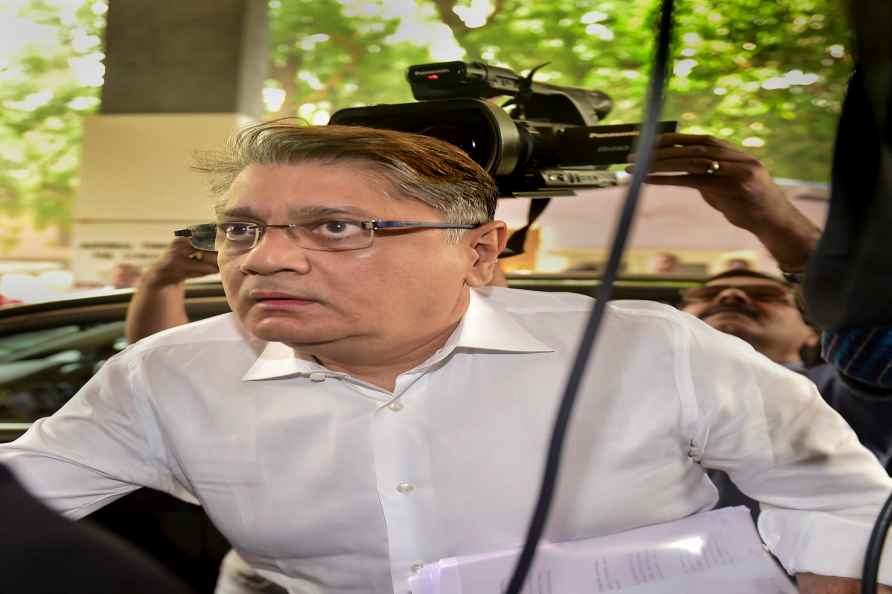 Hyderabad, Jan 25 : Comandur Parthasarathy, the chairman and managing director of Karvy Stock Broking Limited (KSBL), who was arrested by the Enforcement Directorate (ED) on Sunday, in connection with a bank fraud case, is likely to be questioned in police custody. The agency has got a five-day custody of the alleged accused. Prathasarathy is currently lodged in Chanchalguda jail from where he will be taken into custody. He was lodged with Bengaluru jail and shifted to Chandhalguda jail on a prisoner transit warrant. Initially, the Hyderabad Central Crime Station (CCS) Police lodged a case against him. The Hyderabad Police lodged five cases against the firm. Indusind Bank and HDFC Bank had alleged that the KSBL committed loan fraud by pledging the securities of its client and diverting the loan amount. The ED initiated money laundering probe on the basis of the FIRs of Hyderabad Police. The Hyderabad CCS Police had filed chargesheet in the matter. The ED after initiating a PMLA probe, took a copy of the charge sheet and other relevant documents to probe the money laundering case. The ED also took reports of Income-Tax, RBI, SEBI and NSE to make their case a strong one. It has been alleged that the KSBL management allegedly committed bank frauds of several hundreds of crores of rupees. KSBL reportedly transferred Rs 550 crore to several accounts. Indusind Bank gave a loan of Rs 137 crore to KSBL on the basis of securities, shares and personal guarantees. One of the guarantor was chairman of KSBL, C Prathasarathy. They suppressed the fact that the pledges securities belonged to customers. All the securities were transferred to the demat account of KSBL and pledged before the IndusInd bank for margin and short term requirement in their businesses. HDFC Bank has also alleged that KSBL took a loan of Rs 329 crore by illegally pledging the securities of their clients. Later they transferred the case. ED also learnt during the probe that in between 2016 and 2019 KSBL allegedly transferred Rs 1,000 crore to Karvy Realty company. In September last year, the ED had conducted raids at different addresses belonging to KSBL. The ED had also frozen shares of Karvy Group. The ED has gathered a lot of incriminating documents and and probing the matter. /IANS

In suspected suicide case, Kerala man & son die in car crash
Thiruvananthapuram, June 22 : In an apparent case of suicide, a 50-year-old man along with his 12-year-old son rammed his car into a tanker lorry near

New Delhi, June 22 : The violent protests against the Agnipath scheme, announced by the Narendra Modi government appear to be subsiding with time. The Union government is trying to convince the aspira […]

New Delhi, June 22 : Prime Minister Narendra Modi is set to visit Germany from June 26 to 27 to attend the G7 Summit and to the United Arab Emirates on June 28. Modi will be visiting Schloss Elm […]

By Venkatachari Jagannathan Chennai, June 22 : With few days to go for the presidential elections for the international chess federation (FIDE), Grandmaster Nigel Short has resigned from his post of […]