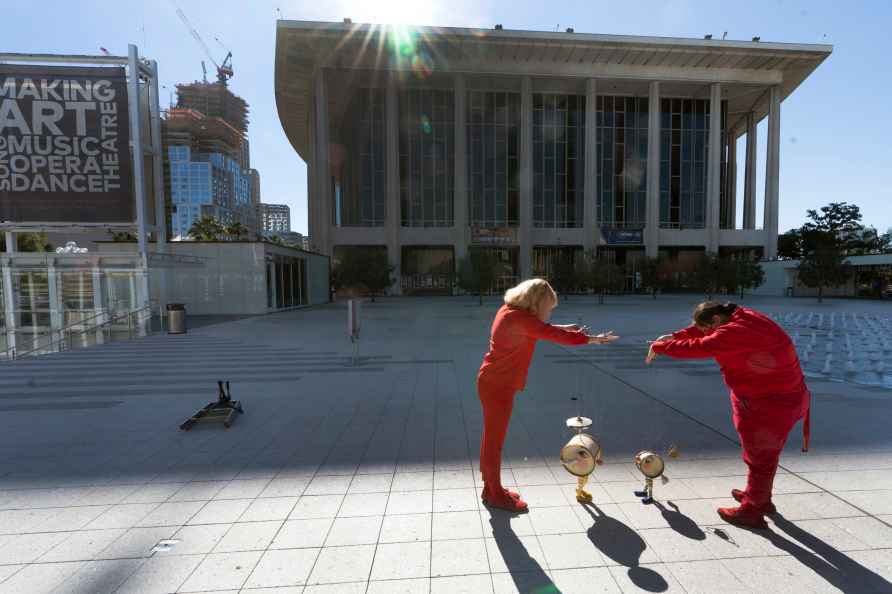 Los Angeles, Jan 25 : Legendary music icon Bob Dylan's entire catalog of recorded music has been acquired by Sony Music Entertainment. The label as also acquired as well as the rights to multiple future new releases, in a major expansion of SME's six-decade relationship with the artist, reports variety.com. Sources tell Variety that the deal was worth between $150 million and $200 million, although the number was not confirmed; reps for Sony and Dylan declined comment. This agreement, concluded in July 2021, comprises the entirety of Bob Dylan's recorded body of work since 1962, beginning with the artist's self-titled debut album and continuing through 2020's 'Rough and Rowdy Ways'. Late in 2020 Dylan sold his song catalog to Universal Music Publishing for an amount sources say was near $400 million; he also donated his personal archives to the Bob Dylan Center in Tulsa, Okla., which is scheduled to open in May of this year. The deal is the latest in a series of blockbuster deals for music catalogs. Bob Dylan said, "Columbia Records and Rob Stringer have been nothing but good to me for many, many years and a whole lot of records. I'm glad that all my recordings can stay where they belong." Bruce Springsteen sold his publishing and recorded-music catalogs to Sony Music for a reported $550 million; David Bowie's publishing was acquired by Warner Chappell Music earlier this year for upward of $250 million, sources tell Variety; Motley Crue's recorded-music catalog was acquired by BMG late in November 2021 for around $90 million. Bob Dylan and SME will continue to collaborate on a range of future catalog reissues in the artist's renowned and top-selling Bootleg Series, which began in 1991 and includes 14 releases through last year's lauded aSpringtime In New York: The Bootleg Series Vol. 16 (1980-1985)'. The agreement also provides the opportunity for SME to partner with Dylan on additional projects. This year marks the 60th anniversary of Dylan's recording career. He was signed to SME's Columbia Records in October 1961 by the label's John Hammond and recorded his debut album that same year. In making the announcement, Rob Stringer, Chairman, Sony Music Group said, "Columbia Records has had a special relationship with Bob Dylan from the beginning of his career and we are tremendously proud and excited to be continuing to grow and evolve our ongoing 60-year partnership. Bob is one of music's greatest icons and an artist of unrivaled genius. The essential impact he and his recordings continue to have on popular culture is second to none and we're thrilled he will now be a permanent member of the Sony Music family. We are excited to work with Bob and his team to find new ways to make his music available to his many fans today and to future generations." /IANS

Radhika-Vikrant's 'Belagaam' from 'Forensic' is an unusual Mika Singh song
Mumbai, June 20 : When one thinks of singer Mika Singh, they automatically connect him to a peppy number, however for a number titled 'Belagaam' for t

NSUI protest against Agnipath in Bikaner

Thiruvananthapuram: Kerala Education Minister V. Sivankutty offers sweets to students after the announcement of Kerala Board class XIIth results, at a government school in Thiruvananthapuram, Tuesday, […]

Unity of oppn parties forged for presidential poll will be further consolidated in months ahead: joint statement.

Unity of oppn parties forged for presidential poll will be further consolidated in months ahead: joint statement. […]