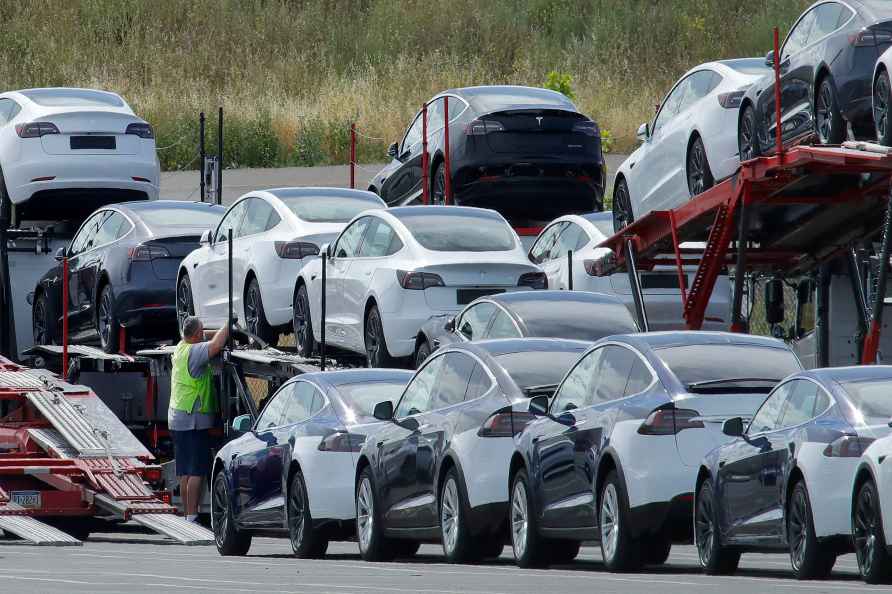 San Francisco, Jan 25 : Panasonic is reportedly planning to mass-produce new lithium-ion batteries as early as 2023 for Tesla that could increase the range of electric vehicles by up to 20 per cent. According to Nikkei Asia, the Japanese company plans to invest about $705 million in production facilities to make the new batteries for Tesla from as early as 2023. Although the battery is said to be twice as big as previous versions, it has a fivefold increase in energy capacity. The 4680 cell is said to boost the range of electric vehicles. The new cells would increase the Model S's range from about 650 kilometers, about 405 miles, to 750km, or 465 miles. As per report, the company will start making the cells on a small scale this year to develop safe and efficient processes before entering mass production. Panasonic is expanding its Wakayama, Japan plant to mass produce the new batteries. In November last year, the head of Panasonic's battery division said that the company hasn't ruled out producing the cells for other automakers, though Tesla is its priority. Earlier, Musk said the company would continue to buy battery cells from other companies. "We intend to increase, not reduce battery cell purchases from Panasonic, LG & CATL," Musk tweeted. /IANS

Big Tech haemorrhages as six 'killer' bills loom large
By Nikhila Natarajan New York, May 25 : Google, Meta, and Amazon may have to spin off masses of their advertising businesses under the US Congress's

Budapest, May 25 : Hungary's Parliament has amended the country's constitution to enable the government to introduce a special legal order and declare a state of emergency in case of an armed conflict […]

New Delhi, May 25 : The Central Bureau of Investigation (CBI) has summoned Karti Chidambaram to join the probe in connection with a fresh case lodged against him and others for allegedly helping Chine […]

Berlin, May 25 : The German Standing Committee on Vaccination (STIKO) at the Robert Koch Institute (RKI) has extended its general Covid-19 vaccination recommendation to children between the ages of 5 […]

Patna, May 25 : The Bihar government has decided to hold an all-party meeting on the issue of caste-based census on June 1 in Patna. Vijay Kumar Chaudhary, the Education Minister of Bihar has co […]