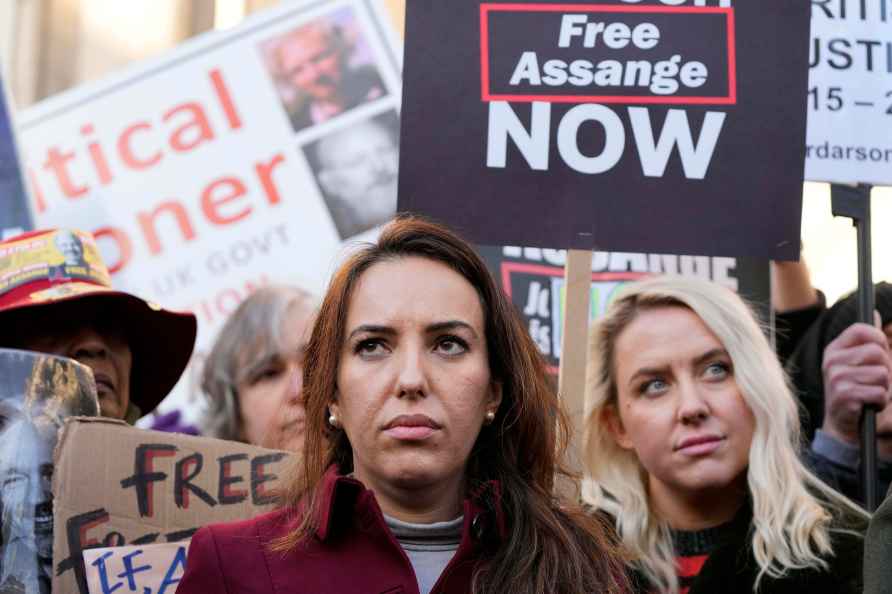 London, Jan 25 : WikiLeaks founder Julian Assange has won permission from a court in London to appeal against his extradition from the United Kingdom (UK) to the US, where he faces espionage charges. The High Court in London decided on Monday that Assange had an arguable point of law that UK Supreme Court justices may want to consider, Xinhua news agency reported. However, the High Court refused him permission for a direct appeal, meaning the Supreme Court will first have to decide whether it should hear his challenge. Assange's lawyers now have 14 days to prepare the application to the Supreme Court. In December 2021, the High Court ruled that Assange can be extradited, as it overturned an earlier judgment based on concerns about Assange's mental health and risk of suicide in a maximum-security prison in the US. Assange, 50, is wanted in the US on allegations of disclosing national defense information following WikiLeaks's publication of hundreds of thousands of leaked military documents relating to the Afghanistan and Iraq wars a decade ago. He has been held at south London's high-security Belmarsh Prison since 2019. /IANS

Thailand's economy continues to recover
Bangkok, May 17 : Thailand's economic recovery continued apace, with its gross domestic product (GDP) up 2.2 per cent year on year in the first quarte

Canberra, May 17 : Australia's largest supermarket chain, Woolworths, announced on Tuesday that will transition its stores in one state to 100 per cent green energy, a trial run for going fully green […]