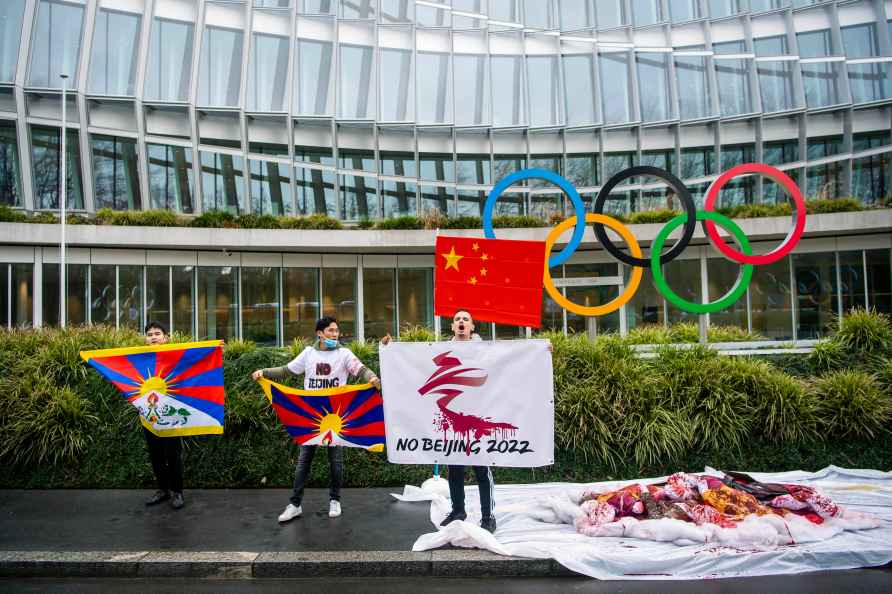 Dharamsala, Jan 21 : An advocacy group working to promote democratic freedoms for Tibetans has written to NBC, the US broadcaster of the Olympics, urging them to include China's oppression in Tibet in their coverage of the Games. "With just weeks to go before the 2022 Winter Olympics, we trust you plan to roll out the usual coverage. But these will be no ordinary Games. The severe oppression, including of freedom of expression, that the Chinese government inflicts on Tibetans and others under its rule demands equal attention," said the letter by the International Campaign for Tibet. The Winter Games are scheduled to open on February 4. "As you are well aware, the Chinese government is one of the most brutal human rights abusers the world has seen in decades. "Since falsely promising to improve its human rights record ahead of the last Beijing Olympics in 2008, China has cracked down viciously on Tibet, which Freedom House now ranks as the world's least-free country alongside Syria. "In 2020, the US government also designated China's persecution of the Uyghurs as genocide. The US and other governments have imposed a diplomatic boycott of the Olympics in response to Beijing not abiding by international norms. "Knowing this, the International Olympic Committee should have had the moral fiber to demand the Chinese government adhere to internationally upheld standards of freedom and human rights to deserve the Games. "That has not taken place. Now, as the designated broadcaster of the Games, NBC too has an ethical responsibility as a defender of freedom, particularly that of expression, and must go beyond business as usual. "By airing these Olympics, you are choosing to give China's authoritarian regime a platform to spread its propaganda. Therefore, it's only just that you provide equal time to the victims of China's oppression, who deserve more than to be brushed aside in the name of access and profits," added the letter. Tibetan spiritual leader, the Dalai Lama, has lived in India since fleeing his homeland in 1959. The Tibetan government-in-exile is headquartered in this Himachal Pradesh hill town. /IANS

Measles claims lives of 17 Afghan children
Kunduz, April 7 : As many as 17 children have lost their lives due to measles in the northern Kunduz province over the past month, the provincial head