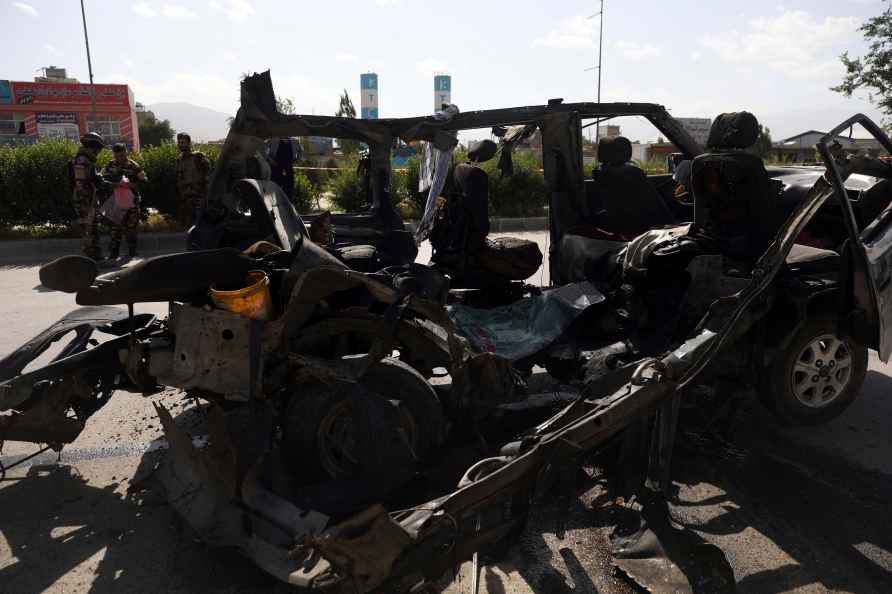 Kabul, Jan 16 : At least a child was killed and four security personnel were wounded after a roadside bomb blast hit a security forces pick-up truck in Bagrami district, east of the capital Kabul on Sunday, the capital police said. The incident occurred when an improvised bomb planted at a road divider was detonated when the vehicle was passing by an area in Bagrami district at around mid-day, police spokesman Mubin Khan told reporters via a text massaging, Xinhua News Agency reported. An investigation is underway and the affected people have been shifted to a nearby hospital, he said. The blast also damaged several vehicles and nearby buildings. No group has claimed responsibility for the attack yet. Militants affiliated to the extremist Islamic State (IS) group have claimed responsibility for a number of bomb attacks in Afghanistan in recent months. Afghanistan's Taliban-led administration has vowed to crack down on the outlaws and criminals to ensure law and order in the Asian country. /IANS

War of words over 'Agnipath' creates uneasiness in BJP-JDU alliance

New Delhi, June 20 : Violent protests over the 'Agnipath' scheme for recruitment in the armed forces has created uneasiness in the BJP-JDU alliance in Bihar. Leaders in the saffron party feel that a w […]