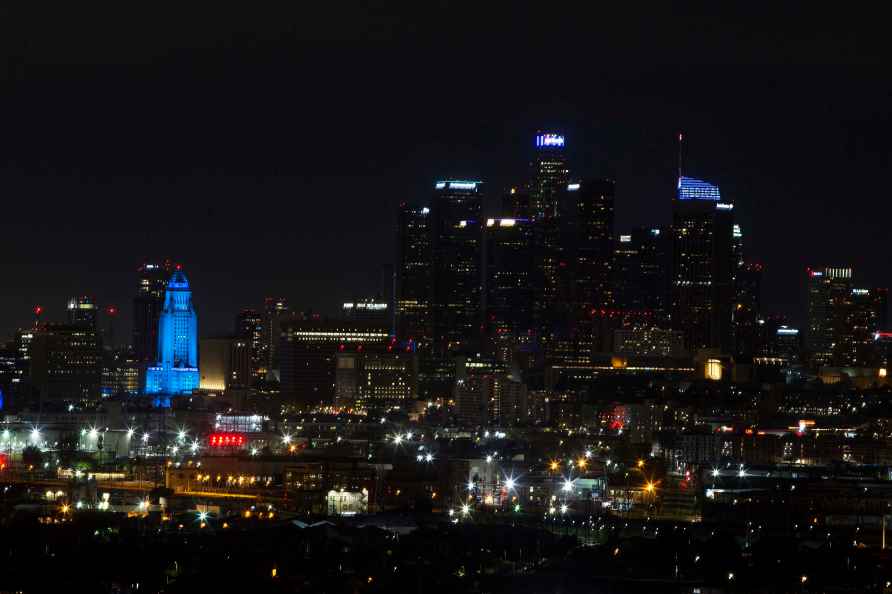 New York, Jan 12 : A protest was organised by the Pashtun Tahafuz Movement (PTM), California in front of the Pakistan Consulate in Los Angeles. The protest held on Monday highlighted the human rights violations perpetrated against the Pashtuns in Pakistan. The protesters plastered the walls of the Consulate building with 24 handmade posters, saying: "Pakistan is the mother of terrorists", "Stop Pashtun Genocide", "Stop Enforced Disappearances", "With the advancement of Taliban, Democracy, Human, Women and children Rights are at stake", etc. The Pashtuns, numbering around 200 and carrying flags and placards, led a peaceful march to the Consulate. All the while they were chanting: "Yeh jo dehshatgardi hai, uske peechey vardi hai (Behind the terrorism is the Uniform"; "Yeh jo namaloom hai, woh humein maloom hai (those who are unnamed, we know the names)" and other pro-PTM slogans. At the Consulate, speeches were delivered highlighting Pakistan's support and funding to terrorist organisations; and illegal disappearances and killing of Pashtuns in Khyber Pakhtunkhwa. In the afternoon, about 30 protesters forcibly entered the Consulate premises. Following this, the police arrived and requested them to leave the premises. /IANS

'Will list, wait for two days': SC on pleas against Karnataka HC order on hijab
New Delhi, April 26 : The Supreme Court on Tuesday indicated at soon listing the petitions against the Karnataka High Court judgment, which upheld the

No provision to release funds to states under domestic violence act: Centre to SC
New Delhi, April 26 : The Central government has told the Supreme Court that there is no provision under the Protection of Women from Domestic Violenc