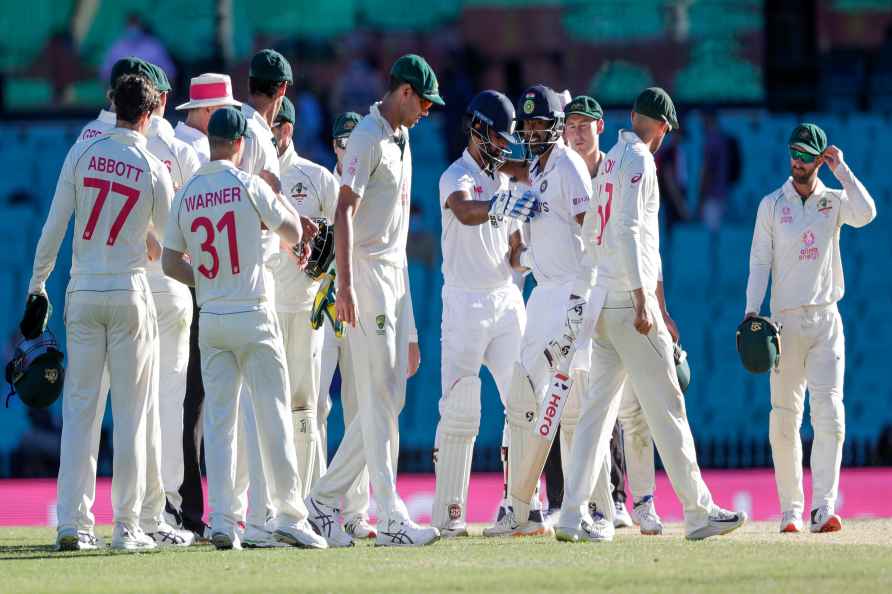 Hobart, Jan 12 : Australian pace bowling stalwart Mitchell Starc doesn't want to be rested for the fifth and final Ashes Test to be played at the Blundstone Arena here from January 14, saying he wants to play his part in the historic game. Statistically, the 31-year-old Starc is the finest pink-ball bowler in Test cricket, snaring 52 wickets at 18.23. Starc had done a remarkable turnaround in the series after an unimpressive showing in the ICC T20 World Cup in the UAE, claiming 15 wickets and scoring 151 runs at an average of 75.50. There are also talks about skipper Pat Cummins and Cricket Australia (CA) selection panel wanting to promote him in the batting order, given that he also has a superb batting average coming in at No. 9. However, national selector Tony Dodemaide had hinted after the drawn fourth Test at the SCG that Starc could be rested for the D/N Hobart Test. But the left-arm pacer is confident his body can hold up. He has so far featured in all four Ashes Tests. "I won't be putting my hand up for a rest," Starc told SEN Afternoons on Wednesday. "They can drop me if they like, but I would very much like to be playing this week. Certainly from my point of view, I would love to continue on with the ball and play my part in hopefully a great Test match for Australia. "We've got training tonight (Wednesday) and no doubt they (selectors) will want to have a chat throughout the course of the day. It's another Test match for Australia, it's pink-ball, it's the fifth Test of an Ashes series, and hopefully we can finish off with a 4-0 result. "From my point of view, I'm feeling really good and I'm confident in my body. I've got no question on being able to get through this week and perform my role for Pat (Cummins) and the team." /IANS

North Sound (Antigua), June 16 : The Cricket West Indies (CWI) have added fast bowler Kemar Roach to their squad for the first Test against Bangladesh to be played at Sir Vivian Richards Stadium on Th […]

San Francisco, June 16 : Meta-owned Facebook is collecting ultra-sensitive personal data about abortion seekers and allowing anti-abortion organisations to use that data to target and influence people […]