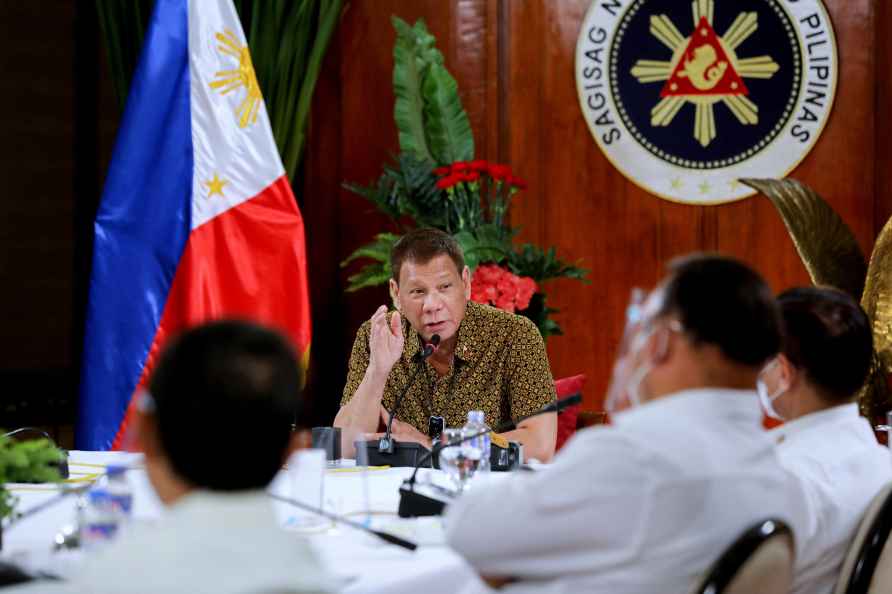 Islamabad, Jan 12 : Pakistani Prime Minister Imran Khan has said that his government remained fully focused on increasing exports to stimulate economic growth. Exports are one of the major sectors for wealth creation, which can act as the most important driving agent to boost the national economy, Khan added on Tuesday while addressing the inaugural ceremony of the 14th International Chambers Summit 2022 arranged by the Rawalpindi Chamber of Commerce and Industry in Islamabad. He said the incumbent government has been making all-out efforts to remove hurdles and bottlenecks faced by exporters, investors and businessmen to give a spur to the country's exports industry, Xinhua news agency reported. All the necessary facilities and utilities would be provided for setting up industrial zones, while provision of land at affordable prices to set up economic zones would be ensured. Khan added that Pakistan has never faced such big challenges as posed by the Covid-19 pandemic and it is worth appreciating how the country was out of the woods. He said that friendly countries such as China have helped the country go through the difficult times. /IANS

Mandatory evacuation ordered for parts of Florida as Hurricane Ian strengthens
[Tampa: In this aerial image, the city of Tampa, Fla., is seen Monday, Sept. 26, 2022. Hurricane Ian was growing stronger as it barreled toward Cuba o

CoWIN, Aarogya Setu to be repurposed as India's health application
New Delhi, Sep 26 : The Centre is planning to repurpose two main pillars of nation's digital health systems that were used to track Covid-19 - CoWIN a

**EDS: TO GO WITH STORY** Guwahati: A woman dries waste sheaths for delivery to the entrepreneurs. Waste sheaths of areca palm tree are used to make dinner plates. ( /PTI […]

30 people detained in Delhi in connection with crackdown on Popular Front of India (PFI): Police sources.

30 people detained in Delhi in connection with crackdown on Popular Front of India (PFI): Police sources. […]

With pandemic scare behind, Taj city hopeful of tourism revival

[New Delhi: Water level in the Yamuna River rises, in New Delhi, Tuesday, Sept. 27, 2022. An evacuation alert has been declared for people living in the low-lying areas near the Yamuna banks in Delhi […]

Abhishek Banerjee on 'Nazarandaaz' and 'Rana Naidu': It's such an exciting time

Mumbai, Sep 26 : It is an exciting time for actor Abhishek Banerjee, who has a flood of back-to-back releases such as 'Bhediya', 'Nazarandaaz', 'Dream Girl 2' and 'Rana Naidu'. The trailer of Ab […]