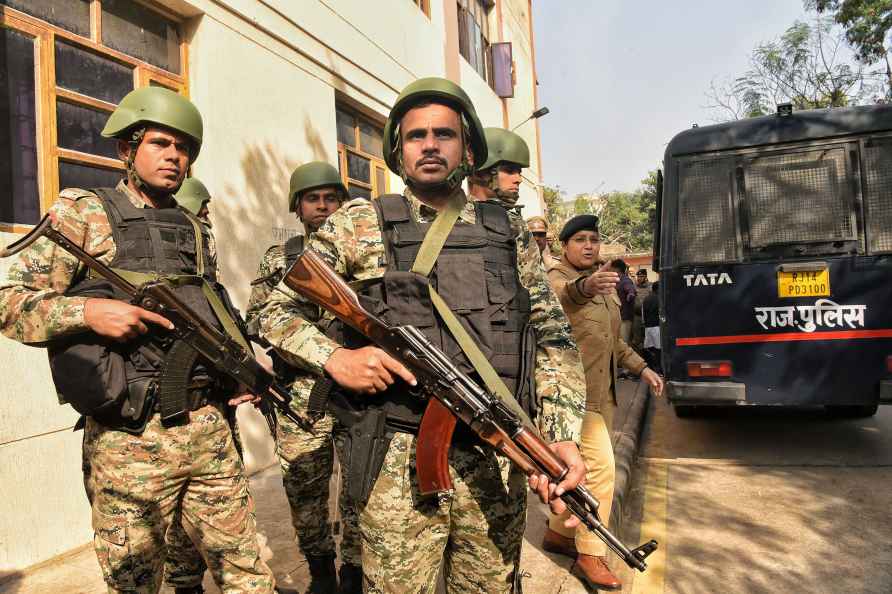 New Delhi, Jan 10 : The National Investigation Agency on Monday said that it has filed charge sheet against five alleged terrorists including 4 Bangladeshi nationals in connection with the Unlawful Activity Prevention Act. The NIA said they chargesheeted Lalu Sen alias Rahul Sen, Najiur Rahman Pavel alias Najiur Rahman, Mikail Khan alias S.K Sabbir, Rabiul Islam alias Rabiul Isalm and Mohammed Abdul Mannan Bachu under sections 120-B, 353, 364, 449 & 450 of the IPC and Sections 120B, 204, 419, 465, 468 & 471 of IPC, Sections 17, 18, 38 & 39 of UA(P) Act, Section 14A(b) of Foreigners Act and Section 12 of Passport Act. The charge sheet was filed before the special NIA court in Kolkata. "The case was originally registered at STF PS, Kolkata, West Bengal. The police had mentioned in the FIR that three Bangladeshi nationals who had illegally entered India along with their associates of JMB/AQIS, were hatching conspiracy to carry out terror activities in India. They were also trying to recruit, motivate young Muslim youths in order to establish 'Caliphate' and for furtherance of terrorist activities in India and Bangladesh," said NIA official. Later, the NIA took over the investigation following the home ministry order. The NIA found in its investigation that the four Bangadeshi and one Indian national were actively involved in establishing module of JMB/AQIS and had conspired to recruit vulnerable Muslim youths in furtherance of terrorist activities in India to propagate ideology of JMB/AQIS. The accused were planning terrorist activities to create riot like situation. They had been receiving funds from Bangladesh through Hawala channel. They had also fraudulently obtained Indian identity documents including Aadhaar cards, Electoral Photo Identity Cards, PAN cards, Passports etc to evade detection and to conceal their illegal activities from the Law Enforcement agencies. The NIA said that after gathering evidences against them they filed the charge sheet. The NIA official said that they were further probing the matter. /IANS

Man held in Ahmedabad with MD drugs worth over Rs 8.36L
Ahmedabad, June 22 : The Ahmedabad police have arrested a man while conducting a checking of vehicles and recovered more than 80 grams of MD drugs fro

Police ask Dalit girl to go to court on her own to record statement in harassment case
New Delhi, June 20 : A day after IANS broke the story about how a Dalit student of a reputed college under Delhi University was being harassed by her

UN urges scale-up in resources to avert famine in Somalia

Mogadishu, June 22 : The United Nations humanitarian agency has called for a massive scale-up in resources to prevent famine in Somalia. Adam Abdelmoula, the Resident and Humanitarian Coordinato […]