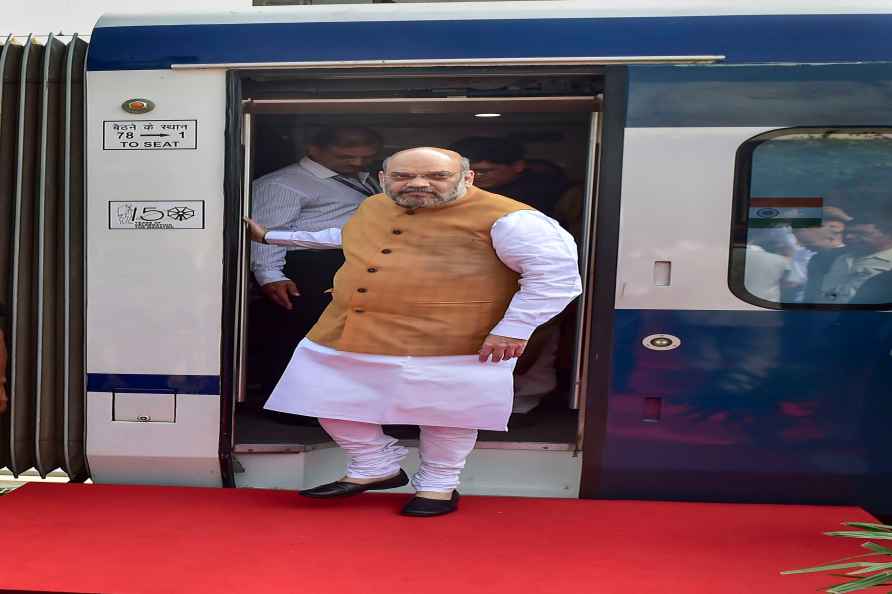 New Delhi, Jan 10 : To avoid contempt, DMRC on Monday filed an urgent affidavit in Delhi High Court disclosing details of all its bank accounts having funds worth Rs 6,208 crore. In an earlier affidavit filed on January 5, DMRC had made partial/limited disclosure of bank account with respect to only Rs 1,642 crore. According to the new affidavit filed today, DMRC has Rs 6208 crore in its various bank accounts as on January 3, 2022. DMRC has to pay Rs 6,268 crore to Delhi Airport Metro Express Ltd. (DAMEPL) as a part of Supreme Court's Rs 7,200 money decree. Earlier, Delhi Airport Metro Express Pvt. Ltd. (DAMEPL) filed an application in the Delhi High Court on January 7 stating that DMRC, in blatant disregard and contempt of Delhi HC, had failed to comply with the last order of the court passed on December 22 that had directed DMRC to make full disclosure of their all bank accounts and the funds lying in those accounts, within one week. The application filed by DAMEPL was in response to DMRC's belatedly filed affidavit on January 5 in which it has made a partial/ limited disclosure of its bank accounts only with respect to Rs 1642.69 crore out of the total funds of Rs 5800.93 crore that it had disclosed in its last affidavit submitted in the court on December 21, 2021. Notably, from December 17 to January 3, DMRC has spent a further sum of Rs 122.06 crore out of Rs 1642.69 crore. DAMEPL said DMRC had intentionally not provided details of its remaining funds and bank accounts, which is blatant disregard and contempt of the Delhi HC order. DAMEPL said the conduct of DMRC clearly exhibited that it was deliberately trying to defeat and delay the execution process of the Arbitral Award, and also ensure that the next hearing scheduled on January 11 became ineffective. It will be the seventh hearing in the execution process and DMRC is nowhere near complying with the Supreme Court decree. DAMEPL in its application had also stated that delay in the payment of Arbitral Award by DMRC was costing the taxpayer an additional interest burden of almost Rs 1.75 crore per day. It may be noted that DMRC in its last affidavit dated December 21 had informed the court that it had total funds worth Rs 5,800.93 crore as on December 17, 2021. Out of this, Rs 1,642.69 crore were classified as DMRC funds, Rs 2,412.12 crore as Project funds, and balance Rs 1,746.12 crore as other than DMRC funds. DAMEPL had requested Delhi HC to direct DMRC to comply with the previous order passed by the Hon'ble Court in letter and spirit and furnish complete details of all its bank accounts and the funds lying in those accounts along with the respective bank statements, on or before the next date of hearing, i.e., January 11. The Supreme Court (SC), on September 7, 2021, had upheld the arbitration award of Rs 7,200 crore in favour of DAMEPL. DAMEPL then filed an execution petition in the Delhi HC on September 12, 2021, seeking court's directions to DMRC for honouring the SC order and pay Rs 7,200 crore to the company. DMRC, out of Rs 7,200 crore, has so far paid only Rs 1,000 crore. /IANS

Bitcoin falls below $18K, Ethereum down 80% in freezing crypto winter
New Delhi, June 19 : Leading cryptocurrency Bitcoin dropped below $18,000 per digital coin on Sunday -- a massive over 70 per cent drop from its recor

States must recognise strength & define targets for India to become $5 trillion economy: PM Modi
New Delhi, June 18 : Every state must recognise its strength, define its targets and develop a roadmap to achieve the same as this is essential for In

By Sanjeev Sharma New Delhi, June 19 : While FIIs are on a selling spree in the Indian markets, domestic institutions, including mutual funds and insurance companies, have been acting as a buffer, […]

Phnom Penh: Cambodian students sit on the back of a motor-cart as they go to school outside Phnom Penh, Cambodia, Monday, June 20, 2022. /AP-PTI […]