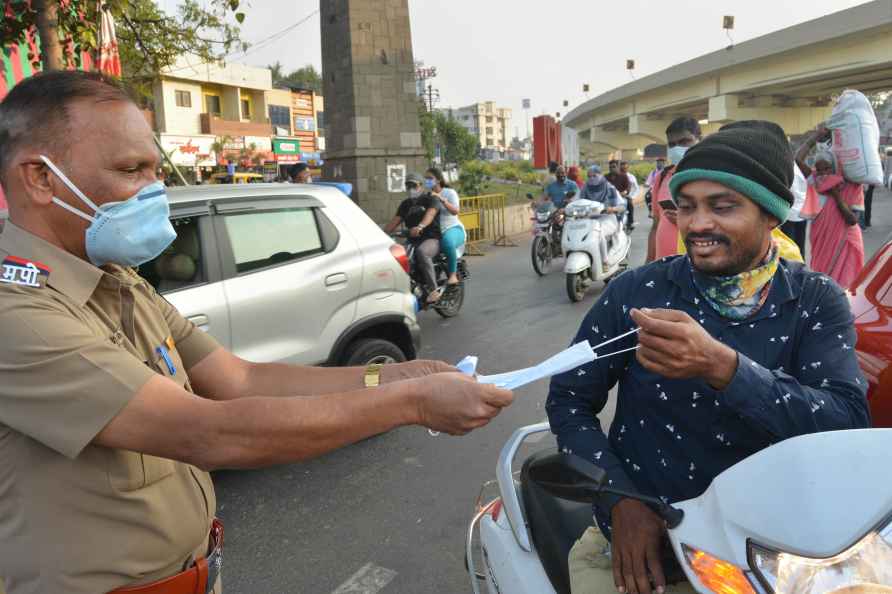 Karad: A traffic police officer gives a face mask to a commuter after charging a fine for not wearing one, as coronavirus cases rise, in Karad, Maharashtra, Friday, Jan. 7, 2022. ( /PTI

Kiev, April 23 : A Ukrainian An-26 military transport plane crashed in Ukraine's southern Zaporizhzhya region, the regional administration said in a statement on Facebook. The aircraft was on a […]

Los Angeles, April 23 : The first US private astronaut mission to the International Space Station (ISS) is set to undock from the ISS on Saturday and return to Earth on Sunday, according to NASA. […]

Funeral of Bogdan, a Ukrainian paratrooper

Bucha: Irina Tromsa, 55, is contorted by comrades of her son Bogdan, 24, a Ukrainian paratrooper from the 95th Brigade killed during fighting against Russian troops in the north-east of the country, d […]

Mumbai, April 23 : Aparna Dixit as Anjali is the new entrant in the ongoing show 'Woh Toh Hai Albelaa'. The actor is happy to have bagged the drama and feels the title is unique and interesting. […]