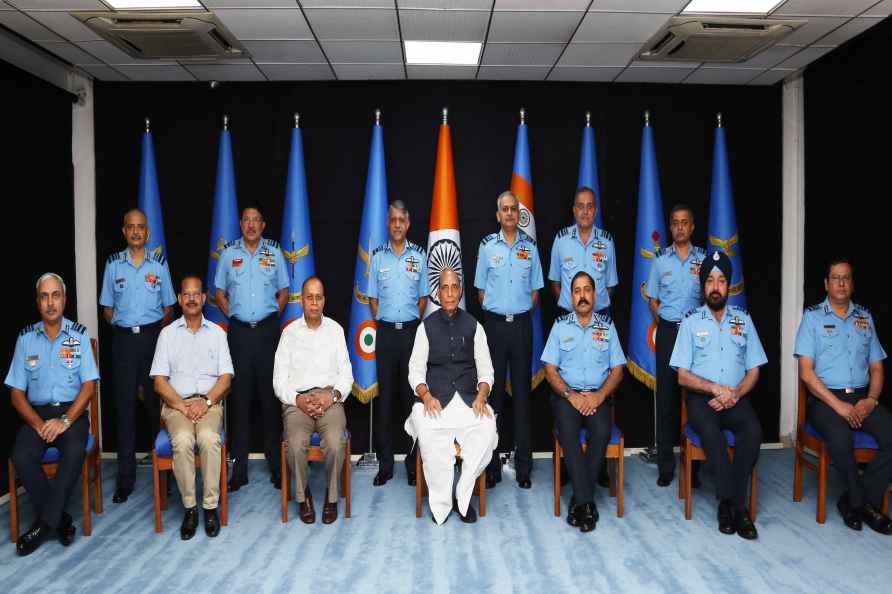 New Delhi, Jan 5 : Indian Air Force (IAF) chief V.R. Chaudhary met Defence Minister Rajnath Singh on Wednesday and gave him a detailed presentation on the CDS chopper crash inquiry report. The tragic incident happened on December 8, 2021, when a military helicopter crashed near Nilgiri hills in Tamil Nadu, costing 14 lives including Chief of Defence Staff Gen Bipin Rawat, his wife and other military personnel. Air Chief Marshal Chaudhary went to the official residence of the Defence Minister and made the presentation. A tri-service inquiry was ordered after the crash to probe the reasons of this accident. It is believed that the MI-17v5 pilot may have been left disoriented by inclement weather and accidentally flown into terrains. This is referred to as CFIT, or Controlled Flight Into Terrain. Sources said the inquiry ruled out any possibility of technical errors or mechanical defects. The chopper was a Russian made Mi-17V5 helicopter, considered extremely reliable and safe. The crew was led by group captain Varun Singh, a very experienced pilot of Indian Air Force. The tri-service inquiry was led by Air Marshal Manvendra Singh, known as India's top chopper pilot. He served as the director general of inspection and flight safety before. The tri-services probe report has given its findings on reasons behind the crash & made recommendations for the future chopper operations for flying VIPs. /IANS