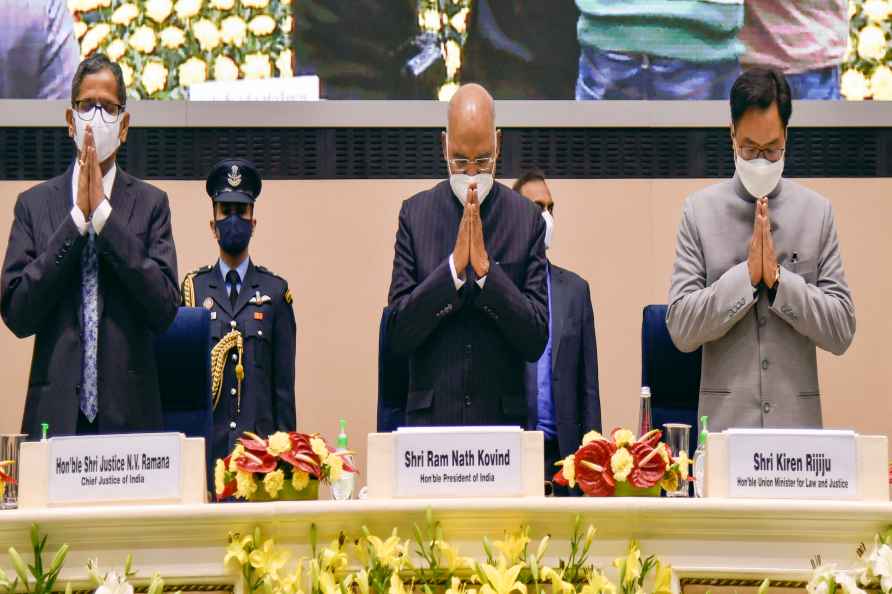 New Delhi, Jan 3 : President Ram Nath Kovind on Monday appointed four new judges in the Calcutta and Bombay High Courts while extending the tenure of one additional judge of the latter high court by one year. While Calcutta High Court's Additional Judge Aniruddha Roy and Bombay High Court's Additional Judges Madhav Jayajirao Jamdar, Amit Bhalchandra Borkar, and Shrikant Dattatray Kulkarni have been elevated as full judges, the term of Bombay High Court's Additional Judge, Abhay Ahuja, has been extended by one year, with effect from March 4, 2022. "In exercise of the power conferred by clause (l) of Article 217 and by clause (l) of Article 224 of the Constitution of India, the President, after consultation with the Chief Justice of India, is pleased to appoint the following as Judges/Additional Judge of the following High Courts, w.e.f. the date they assume charge of their respective offices, vide notifications dated 03.01.2022," a Law and Justice Ministry statement said. /IANS