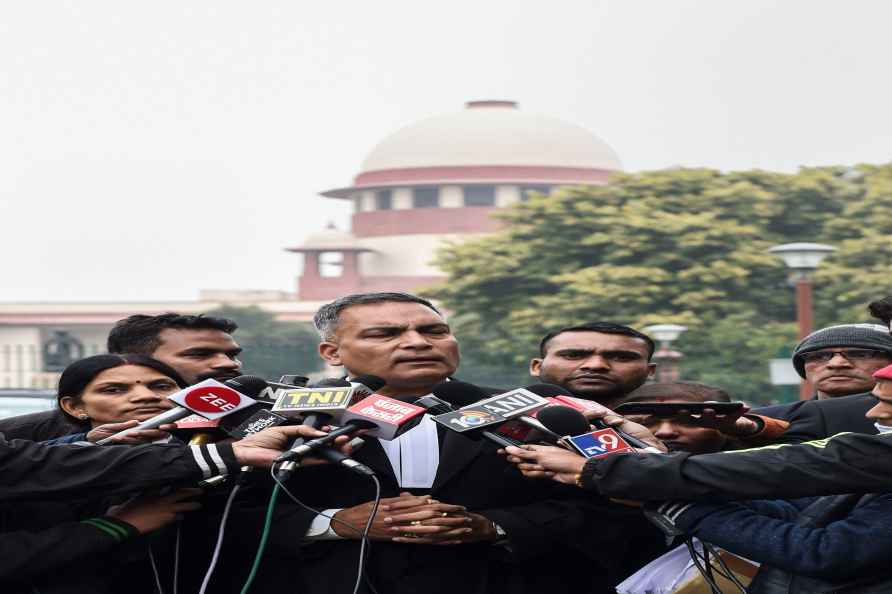 New Delhi, Jan 3 : The Supreme Court on Monday junked a plea by Chhattisgarh's suspended Additional Director General of Police, Gurjinder Pal Singh, challenging the high court order, which denied him protection against arrest in a case under Prevention of Corruption Act. A bench headed by Chief Justice N.V. Ramana and comprising Justices Surya Kant and Hima Kohli said: "Having heard learned senior counsel appearing for the petitioner and carefully perusing the material available on record, we see no reason to interfere with the impugned order passed by the High Court of Chhattisgarh at Bilaspur whereby the said court rejected the petitioner's application for protection against arrest and stay of further proceedings in First Information Report bearing Crime No.22/2021." "The Special Leave Petition is, accordingly, dismissed. Pending application filed in the matter also stands disposed of," the SC said in its order. Singh was represented by senior advocate U.R. Lalit and the Chhattisgarh government was represented by senior advocate Mukul Rohatgi and advocate Sumeer Sodhi. Singh, in his plea, said: "The petitioner is preferring the special leave petition against the impugned dismissal order passed by High Court for praying the interim relief of protection against the arrest and stay in further proceedings in the quashing petition under Section 482 of CrPC for the impugned FIR in question lodged against him under Section 13 (1) (b) and 13 (2) of the Prevention of Corruption Act". On September 27, last year, the top court had told Singh's counsel then that his client cannot take protection from arrest in every case, and pointed out that things take a wrong turn when people start extracting money, as they were close to the government. However, the top court had granted him protection in two other criminal cases - sedition and extortion. "When you're good with the government, you may extract... then you've to pay back with interest. This is too much, why should we grant protection to such officers?", the Chief Justice had remarked, adding that such police officers must not be protected but must be jailed. Three special leave petitions have been moved before the apex court against the Chhattisgarh High Court orders, where the court declined to quash the FIRs against Singh. A case was filed against Singh based on a written complaint by the state Anti-Corruption Bureau, based on preliminary findings that he had amassed disproportionate assets. /IANS

Woman gang raped in Hyderabad outskirts
Hyderabad, April 30 : A woman was allegedly gang raped by four men in Dundigal in the outskirts of Hyderabad, police said on Saturday. The victi

Mumbai, April 30 : Playback singer Tarsame Singh Saini, known by his professional name Taz passed away due to liver failure at the age of 54. He is known to be the voice behind charbuster tracks […]

Knight Riders and MLC, US to build world class cricket stadium in LA

Mumbai, April 30 : In a development that could be a game changer for the game of cricket in the United States, a world class cricket stadium is to be built in the city of Los Angeles. Major Leag […]

Srinagar, April 30 : A soldier was killed and two others were injured on Saturday in a road accident in Kashmir's Ganderbal district, police sources said. "The vehicle, which was part of an army […]

'Power crisis is minimal in Bihar'