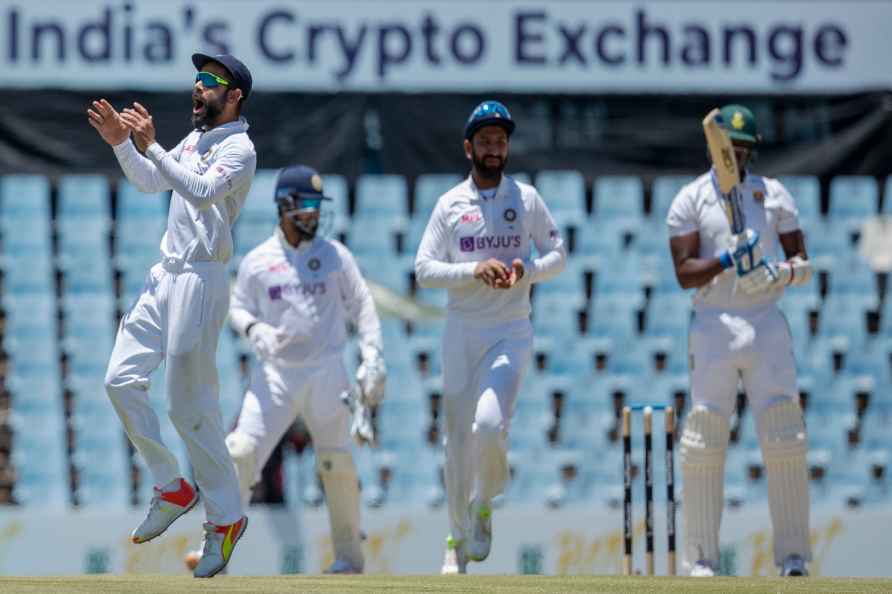 Johannesburg, Jan 1 : Former South Africa cricketer Alviro Petersen is concerned about the lack of consistent Test centuries from the current set of players. He added that the South Africa batters should change their mindset and keep big hundreds as targets. South Africa lost the first Test at Centurion to India by 113 runs and are trailing 1-0 ahead of the second match at the Wanderers starting from Monday. "If you look at the SA batting line-up at the moment, I always look at the hundreds scored. I look at guys who can score hundreds, I look at domestic cricket and ask how often do they score hundreds because that is the yardstick when it comes to Test cricket. You need players batting for lengths of time and batting consistently well," Petersen was quoted as saying by Times Live. In the series opener at SuperSport Park, India had a century-maker in KL Rahul, who made 123 in the first innings. South Africa, on the other hand, had no batter touching the three-figure mark. South Africa's last three centurions since 2021 have been Aiden Markram (108 against Pakistan), Dean Elgar (127 against Sri Lanka) and recently-retired Quinton de Kock (141 not out against West Indies). "If you look over the past years, there were guys who had lots of first-class hundreds and at the moment you don't see that in the national team. Despite what is the standard of first-class cricket at the moment, players need to be scoring hundreds week in and week out and unfortunately that is not happening at the moment," added Petersen, who played 36 Tests for South Africa, scoring 2,093 runs including five centuries. The 41-year-old gave an example of how Rahul's hundred was the difference between the two teams in the first Test. "What will win you games are big scores like 150 and 200 because that sets you apart from other players and teams. In the Boxing Day Test against India, KL Rahul played fantastically well by scoring 123 to give his team a solid first innings lead and he proved to be the difference." Petersen feels that there is a big mindset difference in batters from his time and of current period in the Test side. "In the era where I played Test cricket, 70s, 80s or even a 90 or a hundred sometimes weren't good enough. Guys were always talking about scoring big scores of 150, 200 or even more. It just seems to me that at the moment if a guy scores a 50 it is OK and I think they need to change that mindset and start targeting big hundreds or even double hundreds. "The fact that we are not scoring big hundreds consistently is a matter of concern for me and I am saying this because there is a huge difference to where SA was then to where we are at the moment. I am sure the current players are capable of scoring the big runs but it is just an issue of changing the mindset and not being satisfied with certain things. Don't be satisfied with scoring 50s and 60s because those numbers won't win you games." Petersen signed off by saying that things could have been different if someone from South Africa had scored a hundred in Centurion. "If we had one South African maybe scoring 120 or more and getting another good partnership, India's first innings lead could have been reduced to maybe less than 50 runs and you are in the game." /IANS