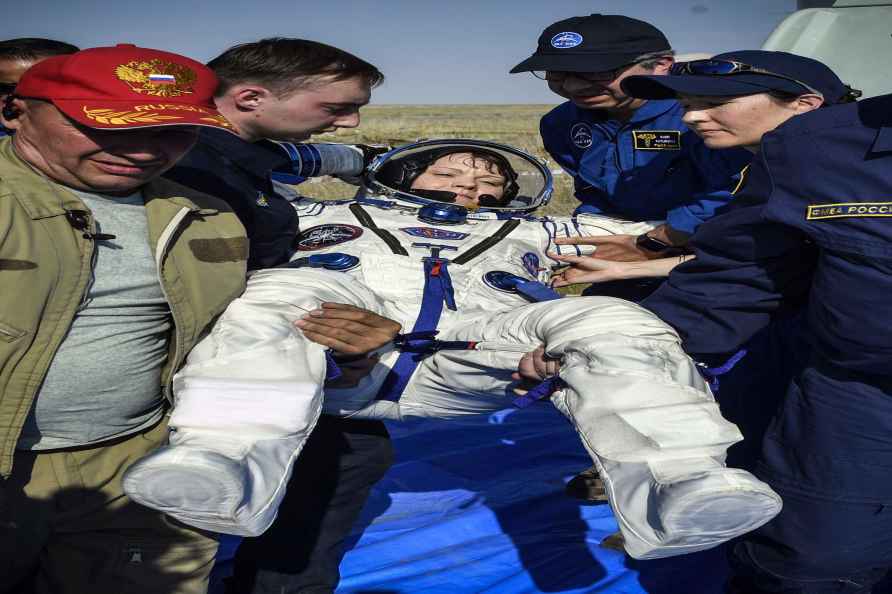 Washington, Jan 1 : The US administration will continue to work with other countries' space programmes on the International Space Station (ISS) through 2030, as NASA plans to replace the ISS with one or more commercial space stations by that time-frame. Astronauts have lived and worked onboard the ISS orbiting roughly 250 miles above the Earth's surface for more than 20 years. However, the escalating tensions between the US and Russia have threatened the cooperation required to work together on the ISS. In November, Russia blew up a satellite, creating a dangerous debris cloud in Earth's orbit. "The International Space Station is a beacon of peaceful international scientific collaboration and for more than 20 years has returned enormous scientific, educational, and technological developments to benefit humanity. I'm pleased that the Joe Biden-Kamala Harris administration has committed to continuing station operations through 2030," NASA Administrator Bill Nelson said in a statement late on Friday. The unique microgravity laboratory has hosted more than 3,000 research investigations from over 4,200 researchers across the world and is returning enormous scientific, educational, and technological developments to benefit people on Earth. Nearly 110 countries and areas have participated in activities aboard the station, including more than 1,500,000 students per year in STEM activities. "The United States' continued participation on the ISS will enhance innovation and competitiveness, as well as advance the research and technology necessary to send the first woman and first person of colour to the Moon under NASA's Artemis programme and pave the way for sending the first humans to Mars," said Nelson. The Artemis mission, aimed at returning humans to the Moon and ultimately landing astronauts on Mars, is not feasible without continued human health research and technology demonstrations being conducted on the ISS and its eventual replacement. The ISS costs about $3 billion a year, roughly a third of NASA's annual human space flight budget, and while current plans call for the Station's retirement in 2024, an extension to 2030 is likely, the US space agency had said in the audit report. Extending operations through 2030 will continue another productive decade of research advancement and enable a seamless transition of capabilities in low-Earth orbit to one or more commercially owned and operated destinations in the late 2020s. /IANS

Apple likely testing foldable with secondary E Ink display
San Francisco, May 17 : Apple is reportedly testing the use of a colour display from E Ink as an external screen for an unannounced foldable device.

Qualcomm among Samsung's top 5 chip vendors for 1st time
Seoul, May 17 : US chipmaker Qualcomm was included among Samsung Electronics' top five clients in the first quarter, a document showed on Tuesday, lar

Washington, May 19 : The global coronavirus caseload has topped 525.3 million, while the deaths have surged to more than 6.28 million and vaccinations to over 11.43 billion, according to the Johns Hop […]

By Arul Louis New York, May 19 : Facing a national outcry over shortages of infant food and an election in less than five months, President Joe Biden has taken the drastic step of invoking a law me […]

By Nikhila Natarajan New York, May 19 : The NASDAQ composite index was at 13,619 on April 19. On Wednesday, just a month later, this cheerleader of technology stood mauled -- nearly 2,200 points dow […]