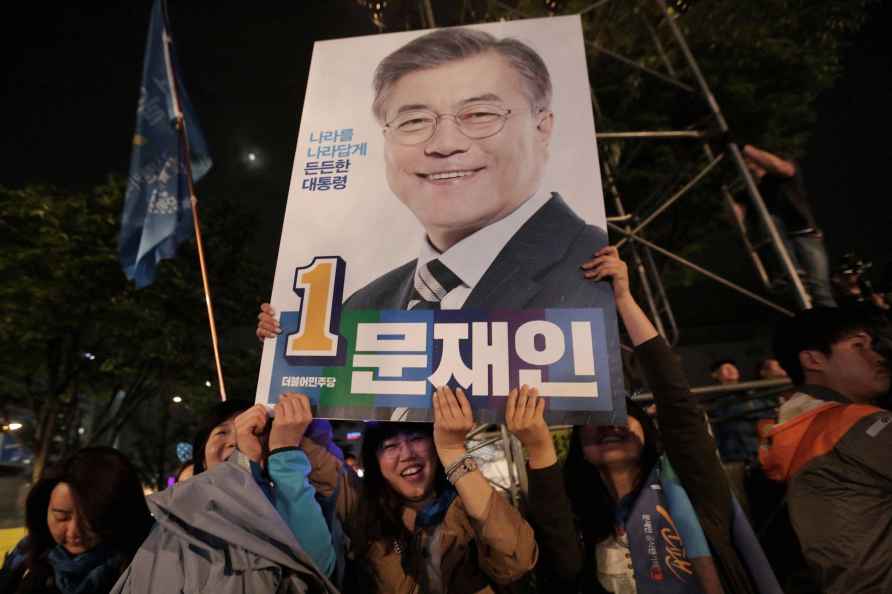 Seoul, Dec 30 : Moon Jae-in will deliver his last New Year's address as the South Korean President early next week, a senior official said on Thursday. The New Year's address will be delivered at 10 a.m. on Monday and Moon is expected to emphasise on the importance of national unity, Yonhap News Agency quoted the official as saying. After delivering the speech for some 20 minutes, Moon will have a virtual New Year greeting with heads of the government, the judiciary and the National Assembly as well as senior politicians and business leaders, the official said. Moon, whose single, five-year term ends in May, has vowed to do everything possible for a complete return to normal life from the Covid-19 pandemic and an economic recovery. The country's presidential election will take place on March 9, 2022. /IANS

New Delhi, May 17 : As a critical meeting of the Group of Ministers (GoM), formed to discuss GST on online gaming takes place on May 18, a controversial proposal by a unit of the Finance Ministry, cou […]

Havana, May 17 : The Cuban economy has entered a gradual recovery process amid the resumption of economic activities in the Caribbean nation two years into the Covid-19 pandemic and the tightening of […]