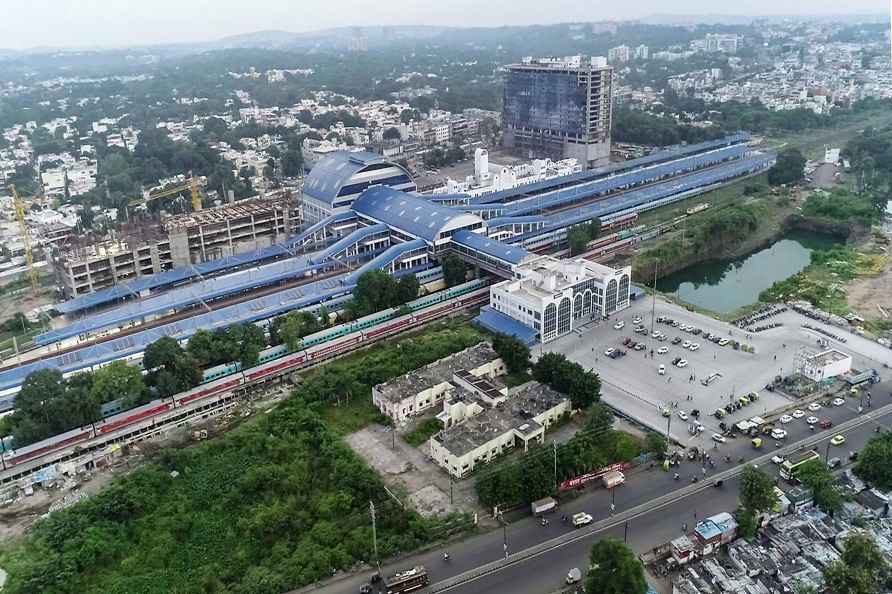 Elephant Menace: Farmers threaten to commit suicide in K'taka
Mysuru, April 26 : The residents of Maduvinahalli village near Nanjangud town in Karnataka's Mysuru district on Tuesday threatened to consume poison b

Sand is world's second most exploited resource: UN report
New Delhi, April 26 : Fifty billion tonnes: enough to build a wall 27 metres wide and 27 metres high around planet earth. This is the volume of sand a

London, April 28 : Liverpool are one step closer to a third UEFA Champions League final in five seasons after a 2-0 win against Villarreal in the first-leg of their semifinal tie at Anfield, here on W […]

Jammu: A healthcare worker collects a swab sample of a woman for...

By Avinash Kr Atish Mumbai, April 28 : Time and again, players in various sports across the world have shown what they can achieve with their self-belief, fighting spirit and it was no different whe […]