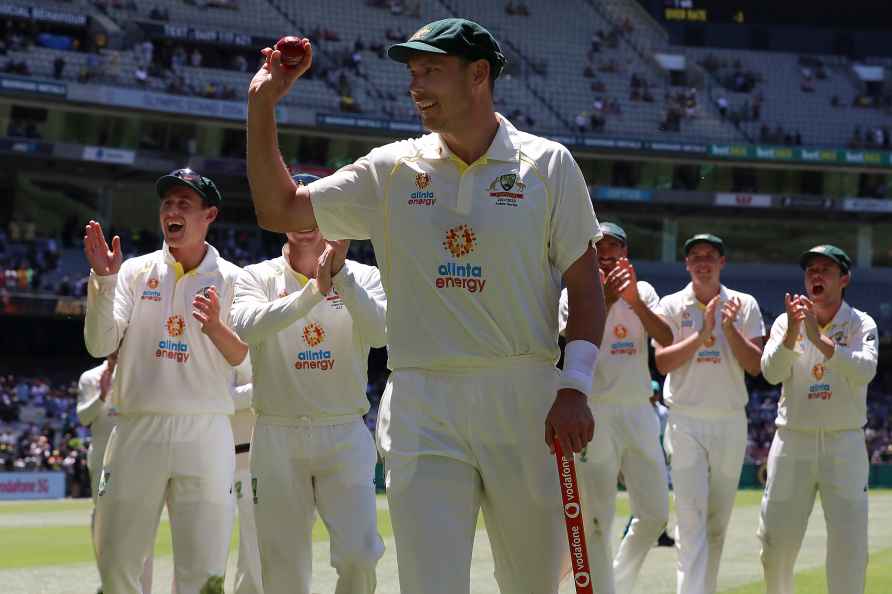 Melbourne, Dec 29 : Australian pace bowler Scott Boland on Wednesday entered the Melbourne Cricket Ground (MCG) Honour Board with his name finding a place among the elite cricketers to have excelled in the Boxing Day Test. The MCG posted images of Boland's name being etched on the Honour Board on Wednesday and tweeted, "Into the history books. @sboland24 makes the MCG Honour Board." The 32-year-old Boland claimed six second-innings wickets and conceded just seven runs as England were bowled out for 68, losing the third Ashes Test by an innings and 14 runs - and with it the series. The collapse for 68 was England's lowest innings score in Australia since 1904. Boland's figures of 6/7 are the best by a debutant in the MCG in 144 years, and the only player to have taken more wickets is Tom Kendall, who recorded 7/55 in 1877 -- five years before Australia's victory at The Oval gave life to the Ashes. Boland has become only the second Indigenous male player to wear the baggy green after pace bowler Jason Gillespie, who played 71 Tests between 1996 and 2006. On Tuesday, he was awarded the Johnny Mullagh Medal -- named after the Indigenous cricket great -- as the player of the match. In 2018, Boland linked up with an Aboriginal XI for a tour of England, to commemorate the 150th anniversary of the 1868 Aboriginal cricket tour to England. The 32-year-old only learned he is an Indigenous Australian when he was in his 20s, as his family came to learn his grandfather was descended from the Gulidjan people, according to sen.com.au. /IANS