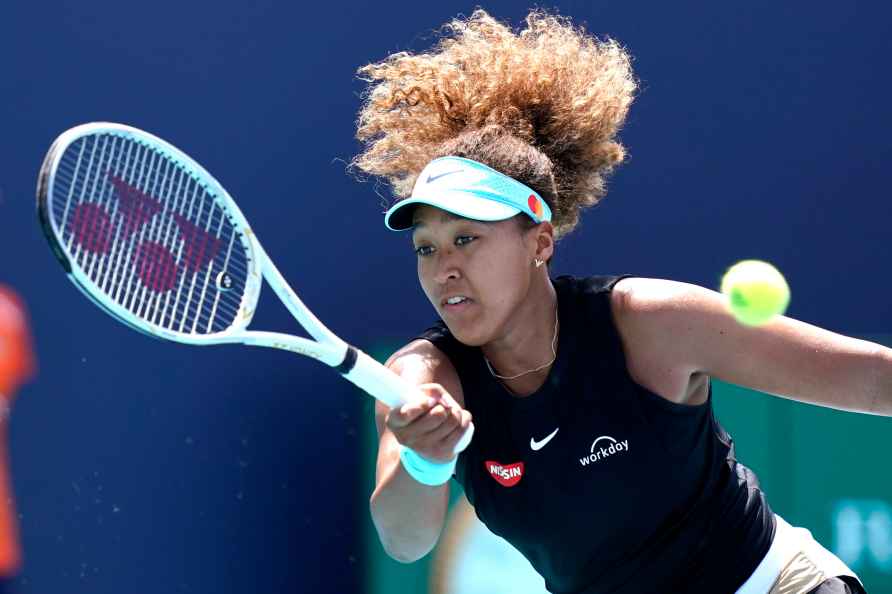 Melbourne, Dec 27 : Japanese tennis ace Naomi Osaka is not having second thoughts about participating in the Australian Open and is on her way to Melbourne ahead of the opening Grand Slam of 2022, beginning January 17. On Monday, the winner of four majors -- two Australian and two US Open titles -- posed an image of her on social media, supposedly on a long-haul flight from the US, and wrote, "See you in 16ish hours Australia." The Australian Open defending champion had recently declared her intention to return to the tennis courts after making a tearful exit from the US Open three months ago, declaring she was taking a break due to mental health issues. In November, she announced her return to training in posts on the social media that included photographs of her on a court in a foreign location with a racquet in hand and wearing work-out apparel. She was seeded second at the French Open but before the start of the tournament, Osaka said she would not conduct her mandatory media assignments. The 24-year-old was later fined $15,000 and threatened with expulsion. Following her first-round win at Roland Garros, she pulled out citing mental health issues. She later also pulled out of Wimbledon before taking part in the Tokyo Olympic Games. /IANS

Halep overpowers world No. 2 Badosa; sets up clash with Coco Gauff
Madrid, May 1 : Two-time champion and former world No. 1, Simona Halep of Romania, notched a match-win at the Madrid Open for the 29th time in her car