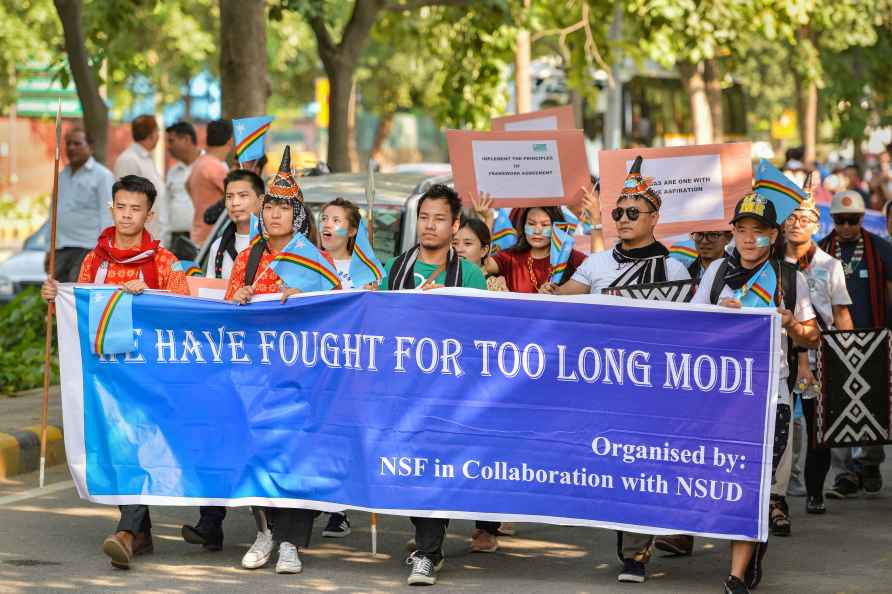 New Delhi, Dec 8 : Naga People's Front (NPF) MP K.J. Kenye on Wednesday raised the issue of killings in Nagaland by the security forces during zero hour in the Rajya Sabha and said that the 'AFSPA was bringing more animosity in the regions wherever it is enforced'. He said that the security forces have killed innocent people in the state which has created more problems. Kenye was supported by the opposition MPs. The chairman of the House did not allow the suspension notice of the RJD on the same issue. The issue of AFSPA has been a bone of contention after the Nagaland government on Tuesday in its first cabinet meeting -- after the December 4 firing by the security forces that left 14 civilians dead and 30 others injured, decided to urge the Central government once again to withdraw the Armed Forces Special Power Act, 1958 (AFSPA) from the state. After the state Cabinet meeting chaired by Chief Minister Neiphiu Rio, Nagaland Planning and Parliamentary Affairs Minister Neiba Kronu said that the Cabinet has decided to write to the Centre to immediately repeal the AFSPA. In the Rajya Sabha, the opposition after the chair declined to reconsider the revocation of the suspension of 12 MPs resorted to sloganeering. The chairman said that the decision to suspend MPs was taken by the House and not by the chair and it should be sorted out between the leaders of the House and opposition. Amid the din, he adjourned the House till 12 noon. /IANS

Cyclone Tiffany to hit Australia
Canberra, Jan 10 : Australia's Bureau of Meteorology (BoM) has said that the tropical Cyclone Tiffany is expected to hit the coast of the northern tip

Two Goa BJP MLAs quit, say party has changed after Parrikar's demise
Panaji, Jan 10 : The ruling BJP in Goa lost two MLAs in quick succession on Monday, after Pravin Zantye, a sitting MLA from the Mayem resigned as a le

Cong CEC to meet to finalize tickets for state polls
New Delhi, Jan 10 : Except in Goa, the Congress party has not announced any list of candidates in the states going for polls. The Congress Central Ele

SA v IND: It's about being the best I can be and there's no limit to that, says Rabada ahead of 50th Test

Cape Town, Jan 10 : South Africa pacer Kagiso Rabada is targeting to be his best he can be and believes there is no limit to it. The third Test between South Africa and India at Newlands, which serves […]

New Delhi, Jan 10 : The National Investigation Agency on Monday said that it has filed charge sheet against five alleged terrorists including 4 Bangladeshi nationals in connection with the Unlawful Ac […]

Canberra, Jan 10 : Australia's Bureau of Meteorology (BoM) has said that the tropical Cyclone Tiffany is expected to hit the coast of the northern tip of the state of Queensland on Monday. The B […]

Average life expectancy in China to reach 78.3 years in 2025