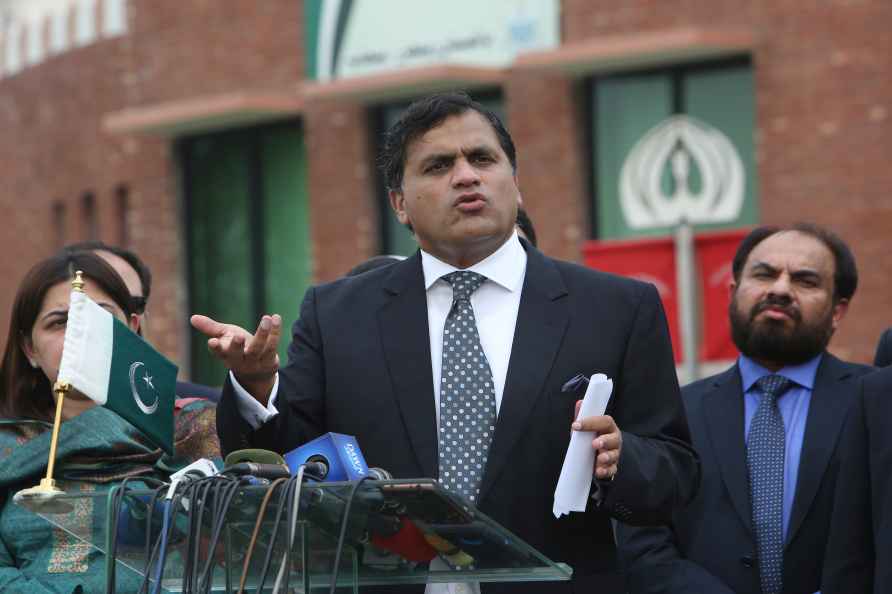 By Arul Louis United Nations, Dec 8 : The UN wants humanitarian aid to arrive quickly anywhere where it is needed, Secretary-General Antonio Guterres' Spokesperson Stephane Dujarric has said when asked about Pakistan holding up medicines and 50,000 tonnes of wheat that India wants to send to Afghanistan. "We would want to see, obviously, humanitarian aid to arrive where it needs anywhere around the world as swiftly as possible," Dujarric said on Tuesday without directly referring to the Afghan situation. He added, "Let me check with our humanitarian colleagues." Guterres has repeatedly issued dire warnings about a looming food crisis that could lead to starvation deaths in the country now in the grip of the Taliban. But there appears to have been no open international intervention to get the readily available food to Afghanistan from India. Pakistan has refused to allow Indian trucks carrying aid through its territory to landlocked Afghanistan. India insisits that Pakistan should not impose conditions on the delivery of food aid. External Affairs Minister S. Jaishankar said last month, "We believe that humanitarian assistance should not be subject to conditionalities." He also raised the matter at the trilateral meeting with Foreign Ministers Sergei Lavrov of Russia and Wang Yi of China telling them that the three "countries need to work together to ensure that humanitarian assistance reaches the Afghan people without hindrance and without politicisation." According to the Pakistani newspaper Dawn, Islamabad announced last week that "on an exceptional basis for humanitarian purposes" it would allow Afghan trucks to transport the wheat from the Wagah border with India to Torkham in Khyber Pakhtunkhwa bordering the Afghan province of Nangarhar. India, which insists that there should be no conditions has not reacted to this announcement that still bars Indian vehicles. One of the risks for India in not having direct control of the supply line is that the wheat may not reach the people of Aghanistan who need it most or may be used politically or labeled as a gift of Pakistan, which is in no position to give its clients, the Taliban, food aid for the country they took over. After the Taliban takeover, more than $1 billion has been pledged as aid to Afghanistan by various countries in response to Guterres' appeal, but the offer of wheat aid by India would provide immediate relief to the country said to be on the brink of starvation. The UN World Food Programme's (WFP) Afghanistan Country Director Mary-Ellen McGroarty said in a news release acknowledged that while the international community may have real concerns about the country, "The innocent people of Afghanistan, the children of Afghanistan who have had their lives upended through no fault of their own, cannot be condemned to hunger and starvation just because of the lottery of geopolitics and the lottery of birth." Despite India's reservations about the Taliban and previous problems with what was an insurgent terrorist organisation, New Delhi has offered the aid, which now appears to be a victim of geopolitics. New Delhi has previously sent wheat to Afghanistan through the Chabahar port that India helped build in Iran. Last year it sent 75,000 tonnes of wheat through this circituus route. (Arul Louis can be reached at arul.l@ians.in and followed @arulouis) /IANS

WFP asks for $2.6bn to feed Afghans in 2022
Kabul, Jan 8 : Amidst the ongoing humanitarian crisis and an economic fallout in Afghanistan, the World Food Program (WFP) has once again expressed co

Julia Garner to star in thriller 'Apartment 7A'

Los Angeles, Jan 8 : 'Ozark' star and Emmy winner Julia Garner has signed on to star in the upcoming thriller 'Apartment 7A' by Paramount Players, according to sources. John Krasinski and Allyso […]