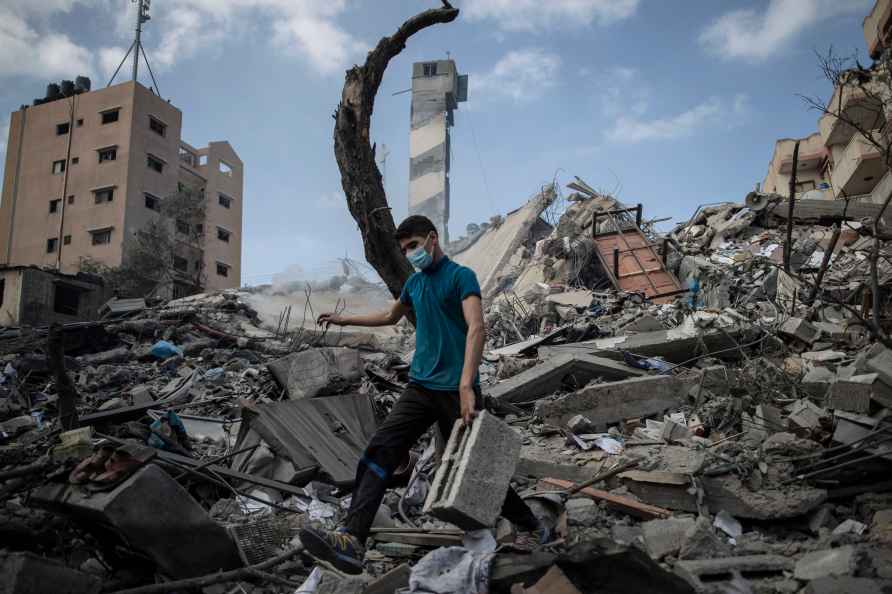 Jerusalem, Dec 8 : Israel has announced the completion of a high-tech underground wall around the Gaza Strip aimed at preventing militants from entering the country. The barrier which was completed on Tuesday, includes hundreds of cameras, radars and other sensors, command centers and control rooms, the Defense Ministry said in a statement. It also includes a maritime barrier equipped with means to detect infiltrations at sea and a remote-controlled weapon system. The barrier spans over 65 km and more than 140,000 tonnes of iron and steel were used in its construction. Its construction lasted about three and a half years, Xinhua news agency reported. "The barrier, which is an innovative and technologically advanced project, deprives Hamas of one of the capabilities it tried to develop," Israeli Defense Minister Benny Gantz said in the statement. According to Gantz, the barrier will provide Israeli citizens "a sense of security." /IANS

'In national interest..': SC for start of counselling, reserves order on EWS quota in NEET-PG admissions
New Delhi, Jan 6 : After conducting a day-long hearing on petitions challenging the validity of EWS quota in postgraduate medical admissions and the C

Over Rs 6,000 cr allocated to Rajasthan under Jal Jeevan Mission
New Delhi, Jan 6 : Drinking water supply schemes worth Rs 6,872.28 crore have been approved for Rajasthan which is providing tap water to 22.23 lakh (

BJP leaders, CMs hold prayers across country for PM's well-being
New Delhi, Jan 6 : Senior BJP leaders, including Chief Ministers of party-ruled states, held prayers at temples across the country on Thursday for the