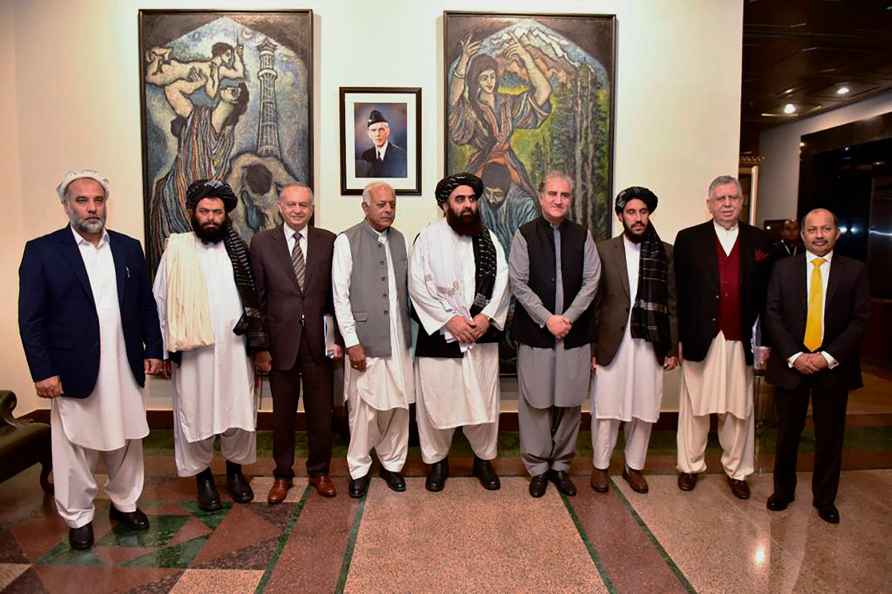 Islamabad, Dec 7 : A terror plot was foiled in Pakistan's Balochistan province after the police defused a bomb in a busy area, a top official said. The counter-terrorism department of police received an intelligence tip-off regarding the terrorist plan to launch an attack near the deputy commissioner's office in Gwadar, police officer Tariq Mastoi told Xinhua news agency. "Two terrorists parked a motorbike with explosives hidden in its speaker box outside the office and were trying to flee when police busted them," he added. Mastoi said the terrorists were planning to explode the improvised explosive device hidden inside with remote control, but failed due to the vigilance of law enforcement agencies. He did not reveal the identity of the militants who were shifted to an unknown location for investigation. Meanwhile, sources from paramilitary troops Levies told Xinhua on condition of anonymity that personnel from both police and the troops cordoned off the area and security has been beefed up in the district. /IANS

Terror plot foiled in Balochistan
Islamabad, Dec 7 : A terror plot was foiled in Pakistan's Balochistan province after the police defused a bomb in a busy area, a top official said.

Chennai, May 20 : In the aftermath of the stone quarry mishap in Tirunelveli district which claimed three lives, the Chief Secretary's office has directed the district collectors to conduct regular in […]

Seoul, May 20 : South Korea on Friday issued a special travel advisory on Sri Lanka, the foreign ministry said, as the island country is gripped by civil unrest stemming from an economic crisis. […]

New Delhi, May 20 : Axis Mutual Fund has sacked its chief trader and fund manager Viresh Joshi, with immediate effect, the fund house said. On 4 May, Axis AMC had suspended Joshi and another fun […]

Bengaluru, May 20 : Olympic bronze medallists Indian men's hockey team left for Jakarta on Friday, where they will defend the Asia Cup title starting May 23. The team, led by Birendra Lakra, is up aga […]