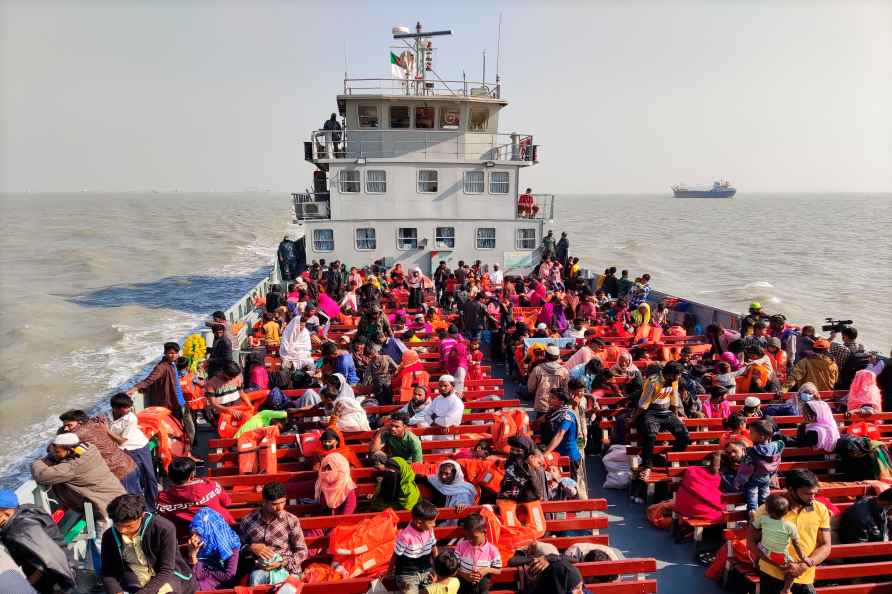 Chennai, Dec 3 : The Tamil Nadu registration department in a government order recently reduced the value of encroached land and properties on water bodies, waterways, and water catchment areas to zero leading to a major hit in the sale of land parcels in these areas. The decision of the state registration department has come after the Waterworks and Revenue Department in a detailed study found that more than 50 lakes in Chennai, Tiruvallur, Kancheepuram, and Chengalpattu districts were converted into land holdings and residential properties worth crores of rupees. A senior official with the state registration department told IANS: "Most of the encroached lands are classified as Neernilai (Water bodies) 'pormaboke' but 'pattas' or registration deeds were issued to them mainly between 1980 and 1997. This has facilitated construction in these Neernilai leading to the present flooding and inundation in Chennai and adjoining districts. Interestingly, a list of survey numbers in Chennai and adjoining districts that are classified as water bodies in land records, now are converted into sprawling constructed properties including residential properties and office buildings. Officials of the registration department said that the value of these properties will be reduced to zero leading to a drastic fall in prices. M. Saravanan, a social activist based out of Chengalpattu and who has been in a relentless pursuit against the conversion of water bodies into landed properties in Chennai and adjoining districts, told IANS, "The decision of the Tamil Nadu registration department to assign zero value to land parcels on water bodies will help recover many water bodies back to normalcy. The land sharks and those who are owning these properties will not sit silent but if the government sticks to its decision with data and records then there is no question of any reversal and water bodies can be retrieved. Almost 50 lakes in and around Chennai are converted into properties worth crores and crores of rupees." /IANS

Believers can become comrades: CPI-M
Thiruvananthapuram, Jan 10 : At times it blows hot and cold in the Kerala unit of the CPI-M. State party secretary Kodiyeri Balakrishnan on Monday mad

ANALYSIS: Who stands where in Europe's Top-4 football leagues

By Kartik Bhattacharyya London, Jan 10 : The 2021-22 season has reached the halfway stage in the top four football leagues -- Bundesliga, Premier League, Serie A, and La Liga. Some of the title race […]

Bghdad, Jan 10 : The Iraqi parliament has held the first session in its fifth legislative term, signaling important progress in forming a new government. A total of 228 lawmakers in the 329-seat […]

ONE Only The Brave: Malykhin to fight Grishenko on Jan 28

Singapore, Jan 10 : Top contenders Anatoly 'Spartak' Malykhin and Kiril Grishenko will battle it out for the interim ONE Heavyweight World title when they face off in the main event of 'ONE: Only The […]