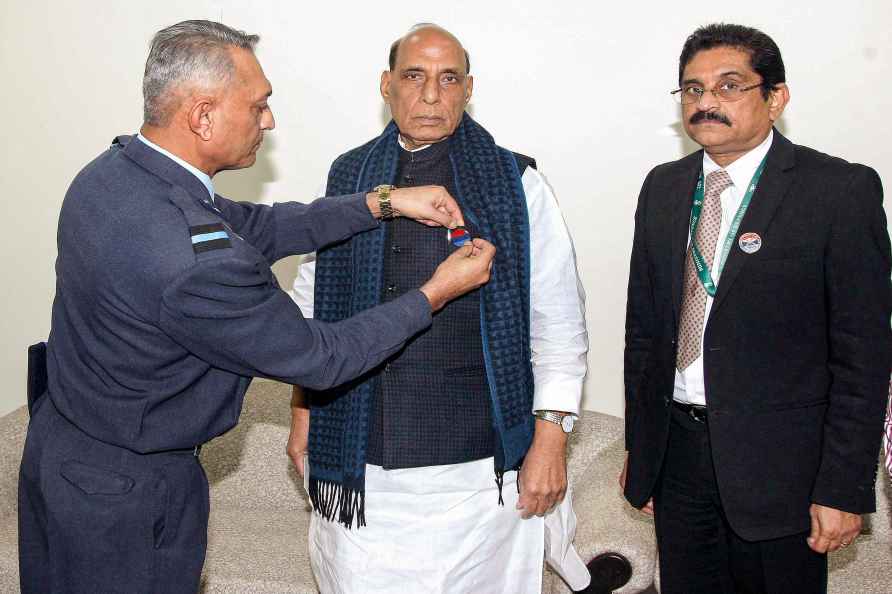 New Delhi, Dec 3 : The 30-scrip Sensitive Index (Sensex) rose in the early trade on Friday. Indices have been gaining for the past three consecutive sessions. At 9.15 a.m., the S&P BSE Sensex traded at 58,671 points, up 0.37 per cent. It opened at 58,555 points from the previous close of 58,461 points. Till now it has touched a low of 58,512 points. Besides, the broader 50-scrip Nifty at the National Stock Exchange (NSE) opened at 17,424 points after closing at 17,401 on Thursday. It traded at 17,475 points, up 0.39 per cent during the early-morning trade session. Hindustan Zinc, Infosys, NMDC, L&T and BPCL were some of the top gainers during the early trade, exchange data showed. /IANS

Before New Year celebrations, 46.11 lakh filed ITR
New Delhi, Jan 1 : The announcement by Revenue Secretary Tarun Bajaj on the last day of 2021 seems to have worked, as 46.11 lakh Income Tax Returns (I

New Delhi, Jan 2 : A 65-year-old Divyang beggar along with another person killed a man in the national capital on New Year's Eve, an official said here on Sunday. Shockingly, the beggar, who use […]

Stalin to inaugurate vaccination camps for children in schools

Jammu, Jan 2 : Shri Mata Vaishno Devi University in Jammu and Kashmir's Reasi district was closed on Sunday till further orders after 13 students tested positive for Covid-19. An order issued by […]

Seoul, Jan 2 : South Korean tech giant Samsung is gearing up to launch its Galaxy S-series flagship lineup, and now a new report has claimed that unlike the Galaxy S21, Ultra will have a Galaxy Note d […]