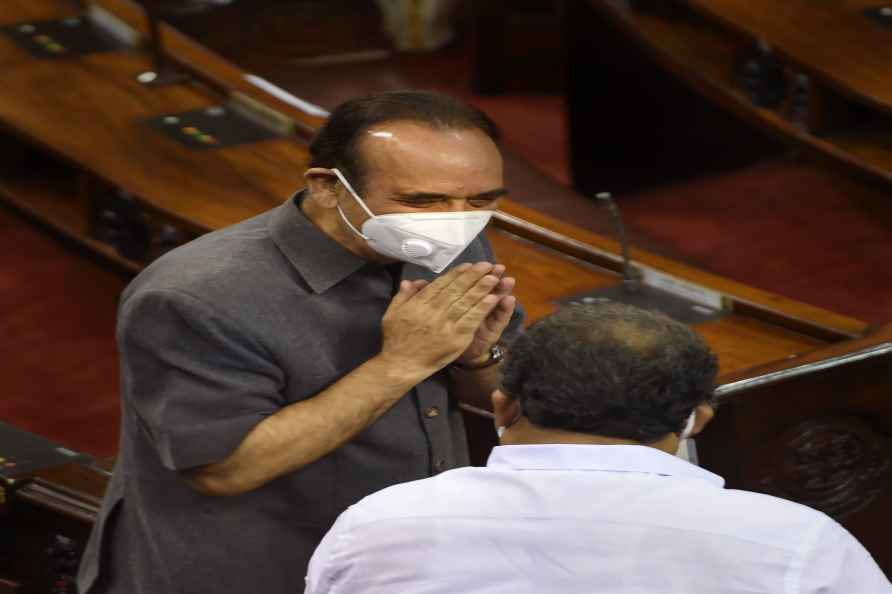 New Delhi, Nov 30 : The floor leaders of opposition are meeting on Tuesday to discuss strategy after the suspension of 12 MPs in the Rajya Sabha. Sources said that if the suspension was not revoked, the opposition may decide to boycott the House. The Congress has alleged that the government wants to pass the Bills and now has created a majority number after the suspension of MPs. "By suspending 12 MPs from the #RajyaSabha, BJP has now gone ahead of the majority number. Can easily pass listed bills through the upper house now. This move has no parallel in history of parliamentary democracy and is entirely undemocratic, unlawful, and unconstitutional!" Congress spokesperson Abhishek Manu Singhvi tweeted Fourteen parties under the signature of Leader of Opposition in the Rajya Sabha, Mallikarjun Kharge issued a statement saying, "The leaders of the opposition parties condemn the unwarranted and undemocratic suspension of 12 members in violation of rules of procedure of Rajya Sabha." "The motion moved by the government for suspending the members with regard to unfortunate incident that occurred in previous session is unprecedented and violates the rules of procedure," it added. The floor leaders of the opposition will be meeting to devise a joint strategy and the government's move has given fodder to the opposition. One of the suspended MP Priyanka Chaturvedi of the Shiv Sena said, she was not even heard 'which is the course of natural justice'. The Rajya Sabha on Monday suspended 12 MPs for the entire winter session of Parliament for creating ruckus in the House during the monsoon session on August 11. The suspended MPs are from the Congress, Trinamool Congress, CPI, CPI-M and Shiv Sena. The members are -- Syed Naseer Hussain, Akhilesh Prasad Singh, Phulo Devi Netam, Chhaya Verma, Ripun Bora and Rajmani Patel of the Congress; Priyanka Chaturvedi, Anil Desai of the Shiv Sena; Elamaram Kareem of the CPI-M, Binoy Viswam of the CPI, Dola Sen and Shanta Chhetri of the Trinamool. /IANS

Weekend border crosser is N.Korean defector: S.Korea
Seoul, Jan 3 : The man who crossed the eastern inter-Korean border into North Korea over the weekend was found to be a North Korean defector, an offic

Rhea Chakraborty's note to self: 'You are your own best support'

Mumbai, Jan 3 : Actress Rhea Chakraborty has shared a self appreciation post on social media and said that once "you find yourself, you are winning". Rhea posted a beautiful video on Instagram, […]

COVID cases in support staff have led to anxiety in England side: Root

Sydney, Jan 3 : Two days before the start of the fourth Ashes Test here, England captain Joe Root has conceded that there is an "element of anxiety" after several COVID-19 cases were detected in the t […]

New Delhi, Jan 3 : The BJP Delhi on Monday protested against the Arvind Kejriwal-led government's new excise policy by obstructing traffic at 15 spots across the national capital. The opposition […]

Seoul, Jan 3 : The man who crossed the eastern inter-Korean border into North Korea over the weekend was found to be a North Korean defector, an official at South Korea's Defence Ministry said on Mond […]