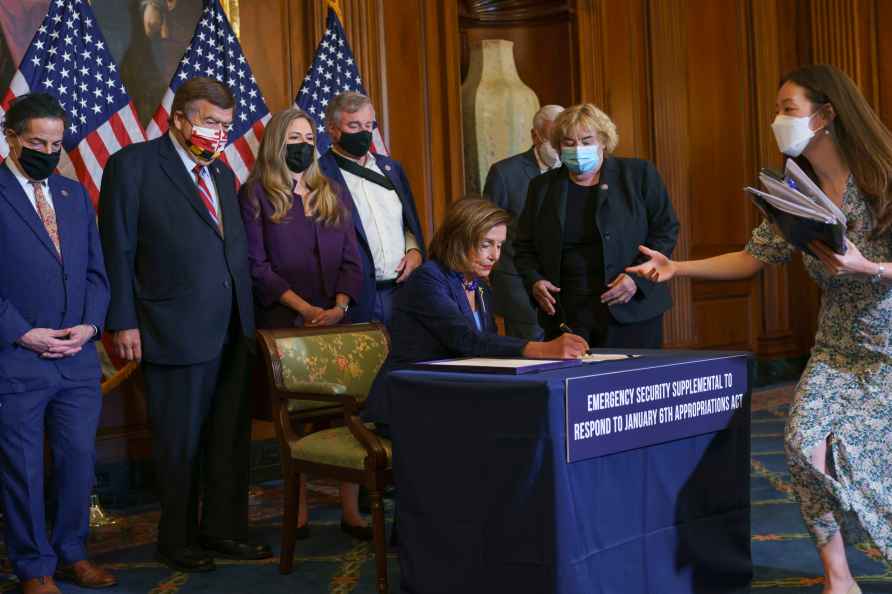 Washington, Nov 30 : US Democrats in the House of Representatives are considering proposing a new stopgap spending measure that would keep the federal government funded through mid-to-late January, local media has reported. The House' move to extend government funding well into January would open up some breathing room for US lawmakers to deal with other pressing issues on their agenda, Bloomberg reported, citing a person familiar with the matter. US lawmakers also face time pressure to avoid a debt limit default, pass the annual defence bill and finalise President Joe Biden's signature tax and spending policy bill, the report said, adding missteps on the funding bills or debt ceiling would have profound consequences for the country and the party in power. US Congress in September passed a short-term spending bill to keep the federal government funded through December 3. Meanwhile, Congress in October passed a bill to raise the federal government's debt limit by $480 billion, allowing the Treasury department to meet obligations through December 3. In a letter to Congressional leaders earlier in November, US Treasury Secretary, Janet Yellen urged lawmakers to raise the debt limit by December 15 to avoid a potential default, Xinhua news agency reported. "To ensure the full faith and credit of the US, it is critical that Congress raise or suspend the debt limit as soon as possible," Yellen said. /IANS

Philippine Airlines emerges from bankruptcy
Manila, Jan 2 : The Philippines Airlines (PAL) has emerged from bankruptcy and completed its financial restructuring to keep the company afloat amid t

New Delhi, Jan 2 : With 94 new Omicron cases detected in last 24 hours, the overall number of infections caused by the new highly-transmissible Covid-19 variant rose to 1,525 on Sunday, with Maharasht […]

Hyderabad, Jan 2 : On the occasion of the New Year, Telugu actor Nani shared a glimpse of his new movie 'Ante Sundaraniki'. Posting the 'zeroth' look from the movie, he also posted an introducto […]

Chennai, Jan 2 : Director Susi Ganeshan, who has been working on a Bollywood film titled 'Dil Hai Gray', has announced that his next film will be titled 'Vanjam Theerththayada'. Susi Ganeshan, w […]

By Quaid Najmi Nandurbar (Maharashtra), Jan 2 : One cool, lazy weekend afternoon, a tribal boy Vijay Tadavi was busy in a hilly forest, collecting fallen tree branches or twigs for firewood at his […]