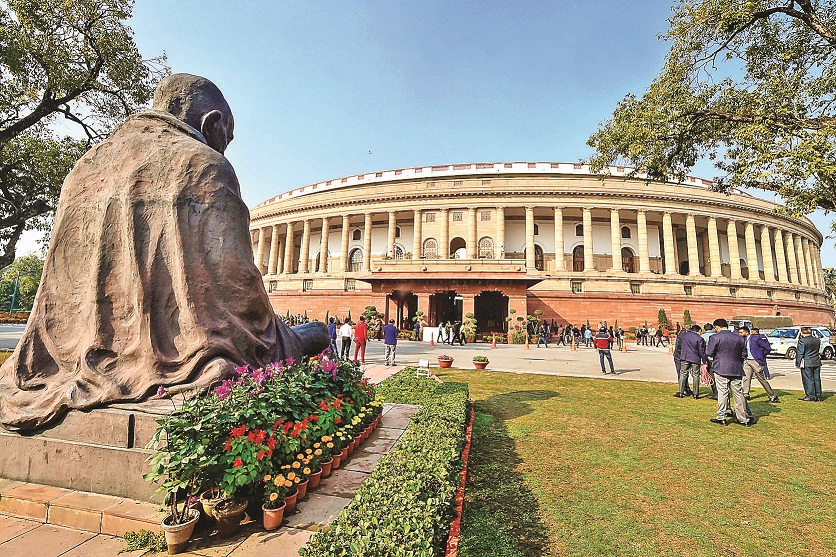 PRADEEP RANA | NEW DELHI At long last the Personal Data Protection Bill 2019 is all set to be tabled in Parliament in the winter session and most controversial clause that gives government overriding powers on data law is set to ignite debate. The Parliamentary Committee vetting the bill retained the Section 35 of the Bill which grants exemption to any agency under the Centre from the data law provision in the name of sovereignty, friendly relations with foreign states, security of the state, or public order. The section deals with power of Central Government to exempt any agency of Government from application of Act: "Where the Central Government is satisfied that it is necessary in the interest of sovereignty and integrity of India, the security of the State, friendly relations with foreign states, public order... it may, for reasons to be recorded in writing, direct that all or any of the provisions of this Act shall not apply to any agency of the Government in respect of processing of such personal data." The said clause met with strong notes of dissent by several members of the Committee deliberations which included Congress MPs Jairam Ramesh, Vivek Tankha, Gaurav Gogoi and Manish Tewari, and Trinamool Congress MPs Derek O Brien and Mahua Moitra, and BJD MP Amar Patnaik. Taking to the microblogging site Twitter after Committee finalised its version of the Bill, Jairam Ramesh said," Finally, it is done. The Joint Committee of Parliament has adopted its report on the Personal Data Protection Bill, 2019. There are dissent notes, but that is in the best spirit of parliamentary democracy. Sadly, such examples are few and far between under the Modi regime." Opposition sees it as "unbridled power" that government accords itself to. The Opposition is also upset with a trend with the ruling dispensation to send less and lesser number of bills to the parliamentary committees for review. "Only 11 per cent of Bills Referred to House Panels Under BJP. Should this be surprising anymore? The ruling dispensation’s sheer disregard for Parliamentary democracy is concerning. The BJP government has made a mockery of the House panels’ functioning, with their roles increasingly being undermined since the party came to power in 2014," said Derek O'Brien, the All India Trinamool Congress's Rajya Sabha MP, writing on a web portal. "Each year, the share of legislation being referred to Parliamentary committees has steadily declined. Under the 14th Lok Sabha (2004-2009) with the UPA government at its helm, 60 per cent of the bills were referred to parliamentary committees. This practice was further enhanced in the UPA’s second term – as many as 71 per cent of the Bills were scrutinised by Parliament," Brien said. "In contrast, the NDA government has, in its last two terms, heavily diluted the role of committees. While only 25 per cent of Bills were referred to Standing Committees in its first term, this number dropped further in its ongoing second term. Barely 11per cent of Bills were scrutinised by Parliament till December 2020. The trends are worrying," Brien observed.

Last surviving terrorist involved in Pulwama attack likely killed in gunfight: Police
Srinagar, Jan 1 : The Jammu and Kashmir Police said on Saturday that one of the terrorists killed in the Anantnag encounter on December 30 last year w

India, Pak armies exchange sweets on New Year along LoC in J&K
Jammu, Jan 1 : The armies of India and Pakistan exchanged sweets with each other on Saturday to mark the New Year on the Line of Control (LoC) in Jamm

Chennai, Jan 1 : One of Tamil cinema's yesteryear heroes Mohan is to make a comeback to the big screen with director Vijay Sri's upcoming film 'Hara'. Mohan, whose films were known for their mel […]

Beijing, Jan 1 : Chinese smartphone maker OPPO has confirmed that it will launch OPPO Enco M32 neckband-style wireless earphones in India on January 5. It will succeed the OPO Enco M31 from last […]

Srinagar, Jan 1 : The Jammu and Kashmir Police said on Saturday that one of the terrorists killed in the Anantnag encounter on December 30 last year was likely to be the last surviving militant involv […]