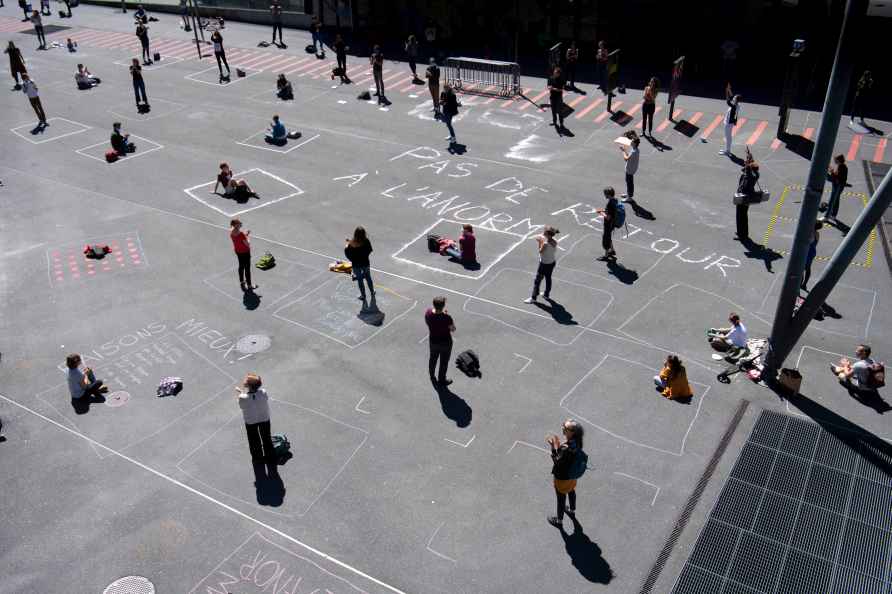 Abu Dhabi, Nov 29 : Table toppers Deccan Gladiators are gelling brilliantly as the Abu Dhabi T10 progresses under strict bio-bubble restrictions, said wicketkeeper-batsman Tom Moores. "To gel quickly as a team is massively important. It is something, I think, we have done brilliantly. A lot of the guys have actually crossed over and played each other somewhere along the line. So, we also know each other pretty well," Moores said after the Gladiators beat Northern Warriors by 19 runs at the Zayed Cricket Stadium on Sunday. Moores said that there is unity among players both on and off the pitch. "We have been in a strict bubble as well in the hotel and stuff. Just being a good set of mates around the hotel and stuff like that makes a huge impact. Because when it comes to games, you are not only playing for the team but you are also playing for your mates. And it seems to be clicking at the moment, which is great." Moores top-scored with 39 runs from 19 balls. Odean Smith played a cameo (32 runs from 11 balls) as the Gladiators raised 134/5 from 10 overs. In reply, bowlers Wahab Riaz (1 wicket for 13 runs), Smith (1 wicket for 21 runs) and Andre Russell (1 wicket for 23 runs) restricted the Warriors to 115/4 from 10 overs. Wahab Riaz was named the player of the match. "As a team we found our roles and how we go about each game. It's nice that different people have put their hands up at different stages. Credit to our bowlers. They have been restricting batsmen. The way Wahab is leading us as a captain, passing all his experiences, and leading from the front is brilliant." The left-handed Englishman hit two sixes and four boundaries, and said the format suits his style of batting. "I like to try and hit boundaries and be quite instinctive. I think the short format suits that kind of player. It is hard to plan a T10 innings or a T10 game. It is hard to know what is going to happen. So you have to be quite adaptable. You are looking to strike the bowler for boundaries. So, that suits how I try to play my cricket." After all the teams have played eight matches each, the Gladiators lead the points table with 12 points. In other matches of the day, Team Abu Dhabi thrashed Chennai Braves by 7 wickets and are placed second with 12 points. Delhi Bulls defeated Bangla Tigers by 12 runs. Both the teams have 10 points each but the Tigers are third with a better run rate and the Bulls fourth. /IANS

IPL 2022: I am over the moon, RCB skipper du Plessis elated over Rajat Patidar's superb hundred
Kolkata, May 26 : Royal Challengers Bangalore skipper Faf du Plessis was elated with the performance of his batter Rajat Patidar, whose superb knock o

Five-tier security in Chennai ahead of PM's visit

Chennai, May 26 : Five-tier security has been put in place for the visit of Prime Minister Narendra Modi, who is arriving in Chennai on Thursday for inaugurating and laying foundation stones for a sle […]

New Delhi, May 26 : Karti Chidambaram, who on Thursday appeared before the CBI here in connection with the Chinese visa scam case, denied all the allegations and said that he "did not felicitate a sin […]

New Delhi, May 26 : Domestic equity indices inched higher during the opening session on Thursday on positive global cues. Indices in the US rose overnight after minutes from the Federal Reserve' […]

IPL 2022: I am over the moon, RCB skipper du Plessis elated over Rajat Patidar's superb hundred

Kolkata, May 26 : Royal Challengers Bangalore skipper Faf du Plessis was elated with the performance of his batter Rajat Patidar, whose superb knock of unbeaten 112 set up their win against Lucknow Su […]