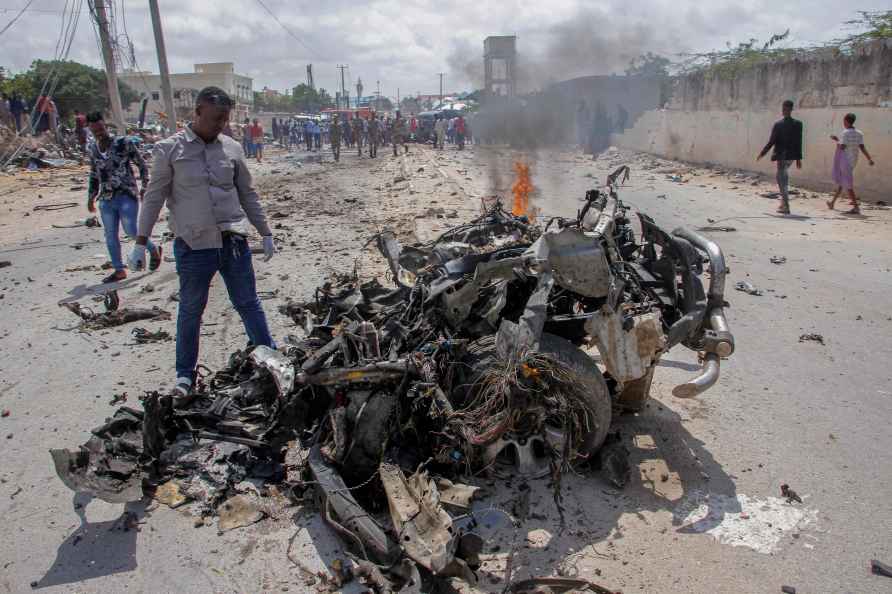 United Nations, Nov 27 : UN Secretary-General Antonio Guterres has strongly condemned Thursday's deadly terrorist attack on a UN-affiliated convoy in front of a school in Mogadishu, Somalia, said his deputy spokesman. The secretary-general on Friday extended his deepest condolences to the families of the victims and wished a swift recovery to those injured. He called upon the Somali authorities to bring those responsible to justice, said Farhan Haq, the deputy spokesman, in a statement, Xinhua news agency reported. The secretary-general expressed the full solidarity and support of the UN with the government and the people of Somalia in their fight against terrorism and violent extremism, said the statement. At least eight people were confirmed dead and 17 others wounded in the suicide car bombing early on Thursday. The police said the target was a convoy belonging to a security firm that guards UN personnel. Al-Shabab militants have claimed responsibility for the attack. /IANS

One Pakistani among 3 JeM terrorists killed in gunfight in J&K's Pulwama
Srinagar, Jan 5 : Three Jaish-e-Mohammed (JeM) terrorists, including one Pakistani national, have been killed in an ongoing encounter with the securit