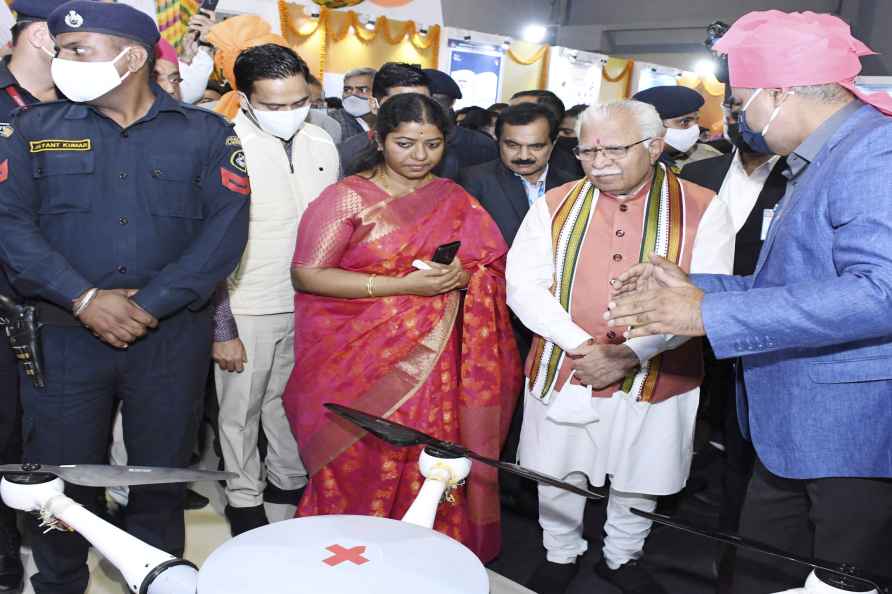 New Delhi , 27 Nov : Haryana Chief Minister Manohar Lal has said that "it is not possible" to make a law on MSP (Minimum Support Prices). Talking to the media after meeting Prime Minister Narendra Modi in New Delhi on Friday, the Haryana Chief Minister, citing the opinion of experts, said that it is "not possible to make a law on MSP as doing so will put pressure on the government to buy all the crops, which is not possible". The remark is being considered as a "major statement" as despite the government's announcement of repealing the three agricultural laws, the strike and agitation of farmers' organisations is still going on. Farmers' organisations are demanding the Union government to make a law on MSP. Manohar Lal said that the Prime Minister was worried that the farmers need to go back. He said that the announcement to repeal the laws has "sent a good message" and farmers will "definitely return to their homes" after the law is withdrawn during the winter session of the Parliament. The Haryana Chief Minister said that many other issues including pollution, stubble burning, cleanliness, 'Beti Bachao-Beti Padhao' were discussed with the Prime Minister. During the meeting, the Manohar Lal also extended an invitation to the Prime Minister for the Gita Mahotsav and also urged him to lay the foundation stone for the Orbiter Rail Corridor. Reacting to the opposition's allegations regarding an alleged scam in the Haryana Public Service Commission (HPSC), the Chief Minister said that there is "no need to shot in the dark, if the opposition has any solid information, then give it to us, we will bring it under investigation". /IANS

Seoul, Dec 30 : South Korean President Moon Jae-in on Thursday urged health authorities to come up with sustainable containment measures against Covid-19, as the nation is struggling to cope with a re […]

Dhaka, Dec 30 : Bangladesh will administer 40 million doses of Covid-19 vaccines every month from January next year, a Minister has said. "We are taking the initiative to give vaccines in every […]

Bengaluru, Dec 30 : Bottom-placed team Puneri Paltan and defending champions Bengal Warriors will hope to make a comeback when they take on Tamil Thalaivas and Patna Pirates respectively, on Day 10 of […]