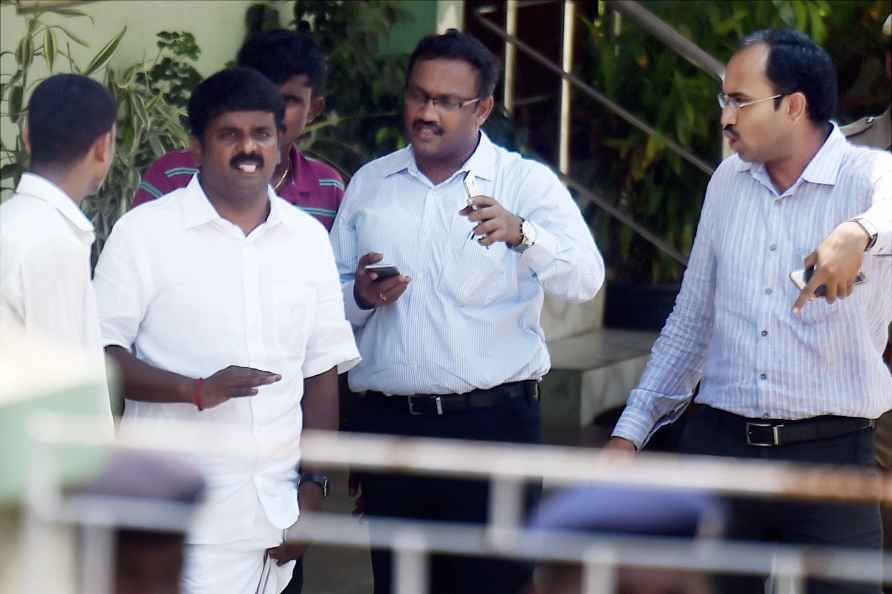 Kochi, Nov 26 : Income Tax officials on Friday raided the offices of three leading Kerala film producers. The sleuths are finding out all the details of film producers Antony Perambavoor, Anto Joseph and Liston Stephen from their office here. The IT officials belong to the TDS wing of the Kochi office and sources in the know of things said they are inspecting the details of the recent releases of these producers through the OTT platforms. Perambavoor is currently the biggest producer in the state and is mostly associated in producing blockbusters with superstar Mohanlal and speculation was that he has managed to sell his mega film "Marakkar - Lion of Arabia" for Rs 70 crore under OTT. Joseph is more or less the closest aide of superstar Mammootty. The raids at the offices of these three producers are continuing. /IANS

Akbar Allahabadi's name changed to Akbar 'Prayagraji', probe ordered
Lucknow, Dec 29 : What is in a name, asked Shakespeare. But it is a lot if one belongs to a place that has changed its name. Well-known poet Akbar All

Woman gang-raped in Delhi, 2 held
New Delhi, Dec 29 : A 34-year-old woman was allegedly gang-raped in the national capital and two people have been arrested, police said on Wednesday.

Dar es Salaam, Dec 29 : Domestic tourism is booming in Zimbabwe despite restrictions due to the ovid-19 pandemic, with many hotels and lodges recording brisk business during this festive season, a Min […]

Lauderhill (Florida), Dec 29 : USA Cricket has said it is "devastated" by the news of the cancellation of the three-match One-Day International (ODI) series against Ireland due to several COVID-19 cas […]

San Francisco, Dec 29 : Four people were killed after a small plane crashed in California, according to authorities. "A Learjet 35 business jet crashed in a residential San Diego neighbourhood a […]

London, Dec 29 : South Africa -- one of the epicentres of the Omicron variant -- has seen a drop of about 40 per cent in new cases of Covid infection, suggesting that the new variant could be less sev […]