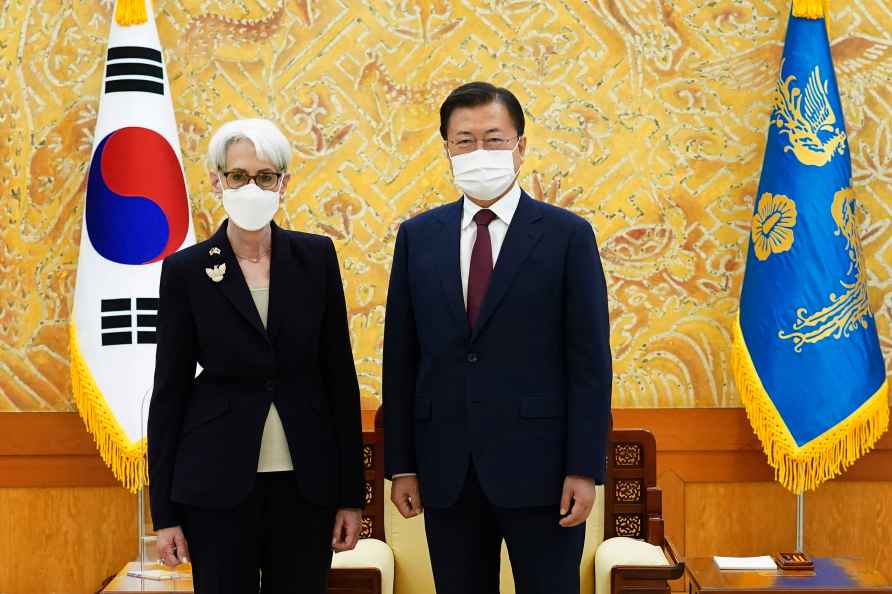 Seoul, Nov 26 : South Korean President Moon Jae-in on Friday appointed two deputy directors of the National Intelligence Service (NIS). According to the presidential office, Moon appointed Park Sun-won, head of the NIS's planning and coordination office, as the first deputy director, while choosing Chun Se-young, senior official at the NIS's counter-espionage team, as the second deputy director, reports Yonhap News Agency. The first deputy director is tasked with gleaning intelligence on North Korea and overseas affairs, while the second deputy director is in charge of espionage and terrorism. Park is a veteran expert on North Korea and international politics, while Chun is a long-time intelligence official with expertise in counter-espionage, the office said in a statement. Moon has said it will make sure the NIS serves as a purely intelligence agency by insulating it from politics. /IANS

Bengaluru, Jan 6 : Karnataka government has ordered the private hospitals and private medical colleges in the state on Wednesday to immediately reserve and keep ready 30 per cent of beds in the backdr […]

Kolkata, Jan 6 : West Bengal on Wednesday saw daily Covid cases surge 55 per cent, to over 14,000, against 9,000 on the day before, forcing the state government to impose restrictions strictly. […]

Hasina asks young generation not to associate with terrorism, corruption

By Sumi Khan Dhaka, Jan 6 : Bangladesh Prime Minister Sheikh Hasina on Wednesday asked the young generation to not associate themselves with militancy and corruption in order to keep the nation saf […]

Bengaluru, Jan 6 : In a major surge, Bengaluru reported 3,605 Covid-19 positive cases on Wednesday, taking the number of active cases in the city to 14,762, officials said. At least 99 children […]