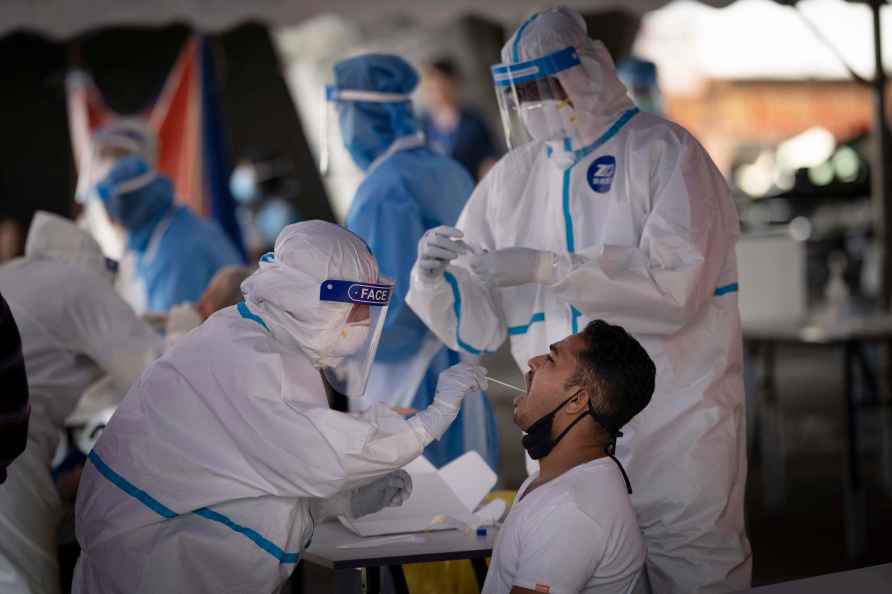 Helsinki, Nov 26 : In light of the worsening Covid-19 situation in Finland, several decisions on border health protection measures and restaurant opening hours have been taken by the authorities, practically restoring the measures the country had in place in spring 2021. Over the past two weeks, the incidence rate in Finland has been 237 new coronavirus cases per 100,000 inhabitants, up from 133 recorded in mid-October, reports Xinhua news agency. Last week alone, 7,200 new cases were reported and also the number of patients needing intensive care has nearly tripled over the past three weeks. Addressing the media here on Thursday, Krista Kiuru, the Minister of Family Affairs and Social Services, said that there was only a single intensive care unit (ICU) bed vacant for Covid patients. She said that all patients would receive care, but scheduled surgeries would have to be delayed to create ICU capacity. Finland began relaxing its restrictions in September based on the understanding that an 80 per cent vaccination rate would make the return to normal possible. However, the virus began to spread among the unvaccinated. Despite vocal opposition in recent weeks from both the catering industry and the unions, the coalition parties on Thursday decided to cut back restaurant opening hours drastically. Kiuru told journalists that restaurants and bars in Helsinki would have to close no later than 6 p.m. and end alcohol sales at 5 p.m. The current limits are 12 midnight and 1 a.m., respectively. At the press conference, senior government adviser Ismo Tuominen said that the new rules will enter into force on Sunday. At the country's borders, unvaccinated travellers will continue to be tested upon arrival and will be required to undergo a second test later. Concerns within the coalition about the repercussions on the tourism industry were reflected in political statements earlier this week. However, Kiuru said that an agreement on the new health controls at the borders had been reached and submitted to parliament. Earlier this week, she said that there were an estimated 100,000 foreign guest workers in Finland. "They would come back after the holiday season and would have to be tested." Finland uses a decentralised two-tier approach to decisions on Covid-19. Most restrictions are decided at regional level, while the central cabinet is in charge of restaurant opening hours and border control measures only. Kiuru said she was not satisfied with the regions' slow decision-making processes, urging them to be more efficient. This week, two of the country's regions issued strict face mask recommendations, while remote work is also returning. Over 81 per cent of Finland's population have already been fully vaccinated against Covid-19. A booster dose has been administered to 4.2 per cent, mainly to risk groups and those over 60. Finland is now preparing to authorize a booster dose to a broader segment of the population and to start the vaccination of five to 11-year-olds in line with the latest European recommendations. /IANS

Govt has pushed NE into 'abyss' of lawlessness, insurgency & chaos: Cong
New Delhi, Dec 30 : A day after the Centre extended AFSPA in Nagaland for six more months, the Congress on Thursday tore into the BJP government sayin

New Delhi, Dec 30 : The recent hawkish narrative from key central banks in the developed economies along with uncertainty with respect to Omicron has resulted in $ 3.7 billion portfolio outflow from t […]