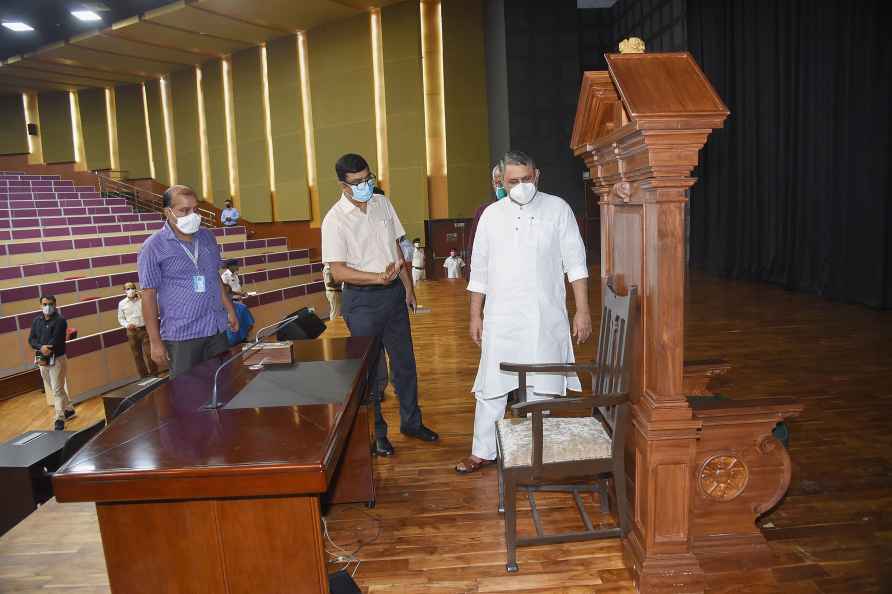 Hyderabad, Nov 25 : Telangana Legislative Assembly Speaker Pocharam Srinivas Reddy has tested positive for Covid-19. He took to Twitter on Thursday to reveal that he was tested positive after Covid test was conducted on him last night as part of regular medical tests. Srinivas Reddy tweeted that though presently he has no health problems, he has joined the Asian Institute of Gastroenterology (AIG) Hospitals at Gachibowli on the advice of doctors. The speaker has requested those who met him during the last few days to undergo Covid tests and keep themselves under home isolation as a precautionary measure. He had performed the wedding of his granddaughter in Hyderabad on November 21. Telangana Chief Minister K. Chandrasekhar Rao and Andhra Pradesh Chief Minister Y. S. Jagan Mohan Reddy had attended the wedding. Telangana Governor Tamilisai Soundararajan and several ministers and leaders of Telangana Rashtra Samithi (TRS) and other parties had also attended the ceremony. Srinivas Reddy is the second key leader from Telugu states to test positive in recent days. Andhra Pradesh Governor Biswabhusan Harichandan was airlifted from Vijayawada to Hyderabad on November 17 after he was found infected by Covid. After undergoing treatment at AIG Hospitals in Hyderabad, he was discharged on November 23. /IANS

Bengaluru, Nov 25 : The team of recently released Kannada movie 'Garuda Gamana Vrishabha Vahana' is on cloud nine after the movie's director and actor Raj Shetty got a call from leading Bollywood dire […]

Ghaziabad: Security personnel install barricades at the Ghazipur border ahead of the 'Kisan Mahapanchayat' on the first anniversary of the farmers' agitation, in Ghaziabad, Thursday, Nov. 25, 2021. PM […]