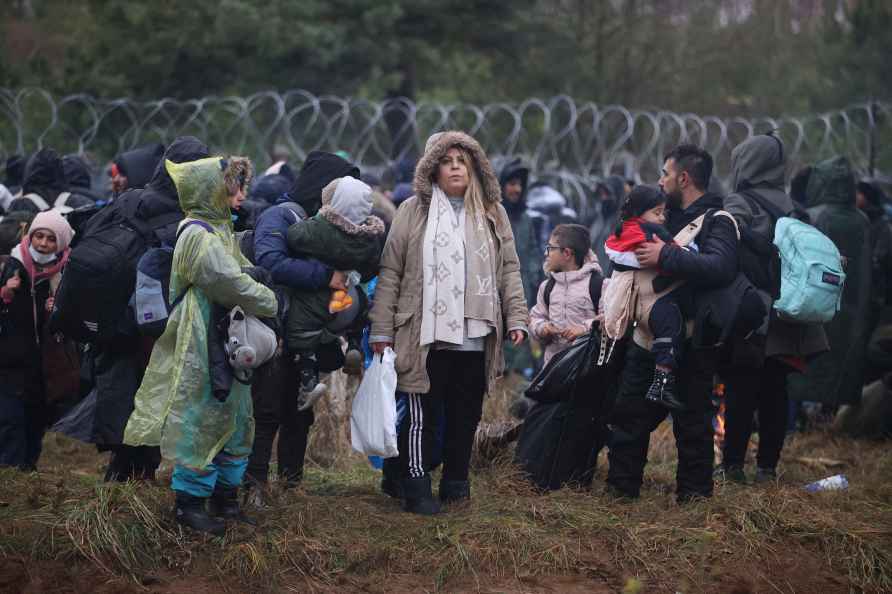 Brussels, Nov 25 : The President of the European Council, Charles Michel, and Russian President Vladimir Putin on Wednesday discussed the situation in Belarus and Ukraine in a telephone call, the EU chief announced on social media. Michel told Putin that the EU was following the buildup of Russian military on its border with Ukraine, Xinhua news agency reported. Announcing details of the conversation on Twitter, Michel underlined that "De-escalation and stability are essential." He added that he reminded Putin of Russia's responsibility for reaching a peaceful settlement in eastern Ukraine. The Kremlin said in a statement that both sides stressed the importance of resolving the migration crisis in conformity with the norms of international humanitarian law. Putin said that the intention of the EU to introduce new sanctions against Belarus would prove counterproductive, according to the Kremlin. The Russian leader further pointed to the use of tear gas, stun grenades, water cannons and other equipment by Polish security forces, and expressed the hope that further violence against migrants would be prevented to avoid escalation. /IANS

Odisha CM asks Collectors to take care of centres run by Missionaries of Charity
Bhubaneswar, Dec 30 : Odisha Chief Minister Naveen Patnaik has asked District Collectors to be in regular touch with the organisations run by the Miss

Kerala CM to go ahead with K-Rail project, to hold meetings
Thiruvananthapuram, Dec 30 : Come what may, Kerala Chief Minister Pinarayi Vijayan is adamant that his pet project K-Rail will go forward and he is ge

By Rohit Vaid Mumbai, Dec 30 : India's primary market is set to see a "healthy but cautious" response from investors in 2022, analysts said. Accordingly, a number of IPOs are expected to hit […]