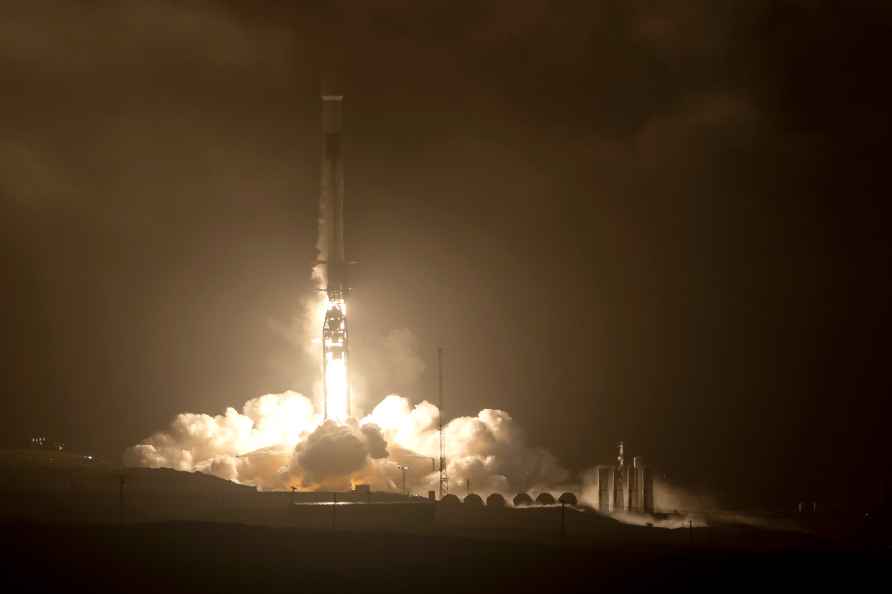 Washington, Nov 24 : NASA on Wednesday launched its Double Asteroid Redirection Test (DART) spacecraft, intended to deliberately crash into an asteroid. The DART mission lifted off at 1.21 a.m. EST (11.51 a.m. India time), aboard a SpaceX Falcon 9 rocket from Vandenberg Space Force Base in California, NASA said in a statement. The DART mission is the first to test technologies for preventing an impact of Earth by a hazardous asteroid. DART will demonstrate the planetary defense technique known as kinetic impact. The DART spacecraft will slam into an asteroid, while traveling at a speed of roughly 24,000 kilometres per hour and shift its orbit. The mission aims to see if intentionally crashing a spacecraft into an asteroid is an effective way to change its course, if an Earth-threatening asteroid is discovered in the future. "Asteroid Dimorphos: we're coming for you!" NASA said on Twitter. "Riding a @SpaceX Falcon 9 rocket, our #DARTMission blasted off at 1:21am EST (06:21 UTC), launching the world's first mission to test asteroid-deflecting technology," it added. DART's target asteroid -- a binary asteroid system consisting of Didymos (Greek for "twin"), about a half-mile across, and its smaller companion called Dimorphos (Greek for "two forms"), about 530 feet across. These are not a threat to Earth. After separation from the launch vehicle the DART spacecraft will intercept Didymos' moonlet in late September 2022, when the Didymos system is within 11 million kilometres of Earth, enabling observations by ground-based telescopes and planetary radar to measure the change in momentum imparted to the moonlet. DART will use an autonomous targeting system to aim itself at Dimorphos. The spacecraft, roughly the size of a small car, will strike the smaller body at about 4 miles per second. Telescopes on Earth will observe the asteroid system and measure the change in Dimorphos' orbit around Didymos. A ride-along CubeSat named LICIACube, built by the Italian Space Agency, will separate from DART before impact to observe the collision. /IANS

Instagram to 'double down' on video, focus on Reels in 2022: Report
San Francisco, Dec 29 : In a video message, Meta-owned photo-sharing platform Instagram's head Adam Mosseri said that the platform will "double down"

Lauderhill (Florida), Dec 29 : USA Cricket has said it is "devastated" by the news of the cancellation of the three-match One-Day International (ODI) series against Ireland due to several COVID-19 cas […]

San Francisco, Dec 29 : Four people were killed after a small plane crashed in California, according to authorities. "A Learjet 35 business jet crashed in a residential San Diego neighbourhood a […]

London, Dec 29 : South Africa -- one of the epicentres of the Omicron variant -- has seen a drop of about 40 per cent in new cases of Covid infection, suggesting that the new variant could be less sev […]