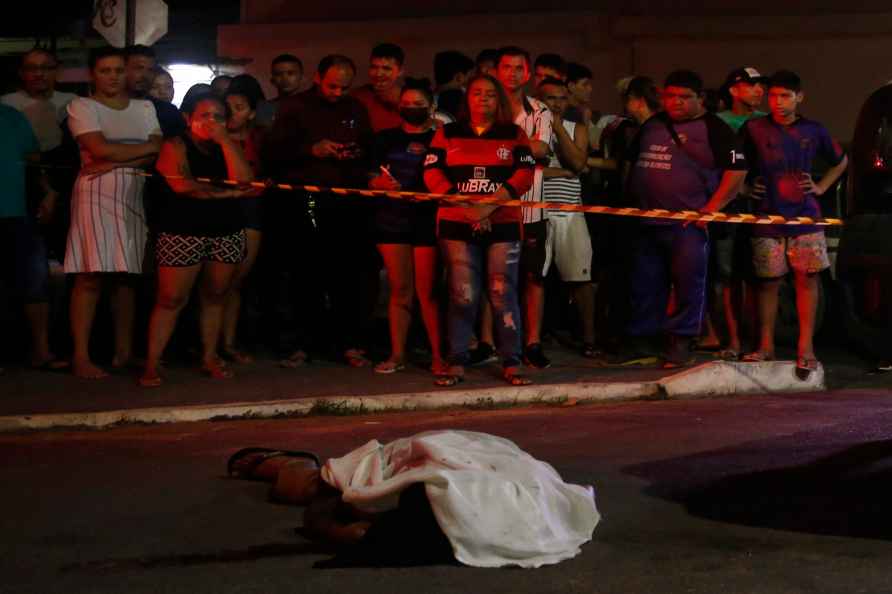 Three terrorists killed in Srinagar encounter
[Srinagar: Security personnel stand guard after an encounter with militants near the Rambagh area of the city in Srinagar, Wednesday, Nov. 24, 2021. T

[Manaus: Neighbors look at the covered body of Daniel da Silva Gomes, 22, who was shot dead in the Compensa neighborhood of Manaus, Amazonas state, Brazil, Tuesday, Nov. 23, 2021, after authorities ar […]

Berlin, Nov 24 : The number of reported acts of violence among couples and former partners in Germany increased more sharply in 2020 during the Covid-19 pandemic than in the previous years, the Minist […]

Chennai, Nov 24 : The prices of tomatoes have skyrocketed in Chennai. In the wholesale vegetable market of Koyambedu, one kg tomato cost was Rs 120, and in the retail markets across the city, it was p […]