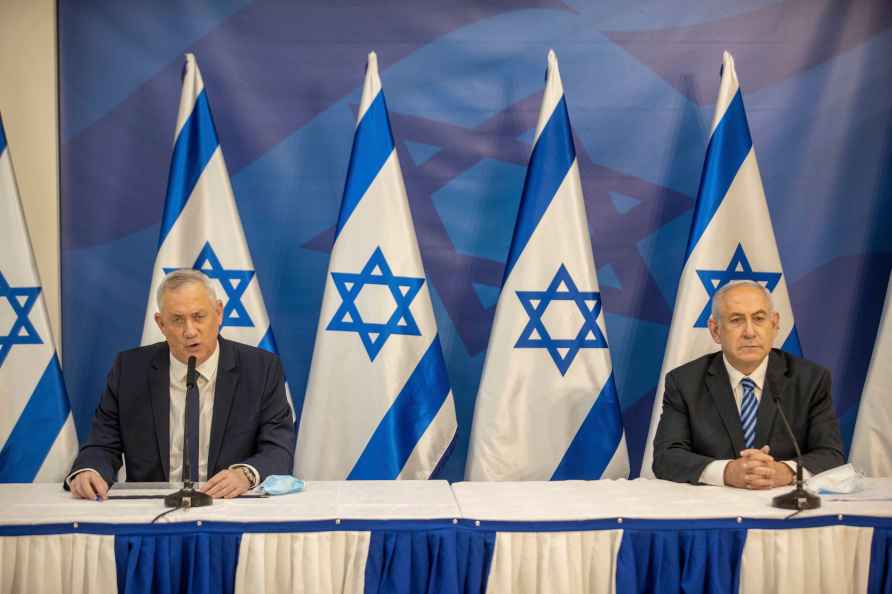 Tel Aviv, Nov 24 : Iran is using two bases to carry out maritime attacks using drones, Israeli Defence Minister Benny Gantz said. His remarks were made in a conference at the Reichman University north of Tel Aviv, a few days before the resumption of the nuclear talks between the world powers and Iran on reviving the 2015 nuclear deal, reports Xinhua news agency. Gantz revealed that Iran has launched maritime drone attacks from two bases in Chabahar and Qeshm. Drones are "one of the main tools" that Tehran is using, he noted, adding that the drones "are precise, and can reach strategic targets within a range of thousands of kilometres". "This capability is already endangering international forces in the Middle East and other countries," he said. Israel and Iran have been fighting a shadow war over the past years, with Israel carrying out airstrikes in Syria targeting Iranian sites and Iran being accused of standing behind a string of attacks on Israeli oil tankers in the Gulf. /IANS

Sudan's authorities order probe into mass protests
Khartoum, Jan 2 : Sudan's Security and Defence Council has ordered to speed up investigations into the December 30 mass protests in the capital Kharto

US mass shootings set record in 2021 amid gun violence surge

Washington, Jan 2 : The US saw a record high of 691 mass shootings, with at least four victims in one incident, in 2021 as gun violence surged within the year. According to the latest updates by […]

Srinagar, Jan 2 : Overnight cloud cover has increased the minimum temperature throughout Jammu and Kashmir and Ladakh on Sunday as the weather office has predicted another spell of rain/snow between J […]

After more than 30 years, standing on England's football terraces returns

[London: Spectators take their places in the stands ahead of the English Premier League soccer match between Chelsea and Liverpool at Stamford Bridge in London, Sunday, Jan. 2, 2022. /PTI] Lo […]

Khartoum, Jan 2 : Sudan's Security and Defence Council has ordered to speed up investigations into the December 30 mass protests in the capital Khartoum and neighbouring areas which resulted in the de […]