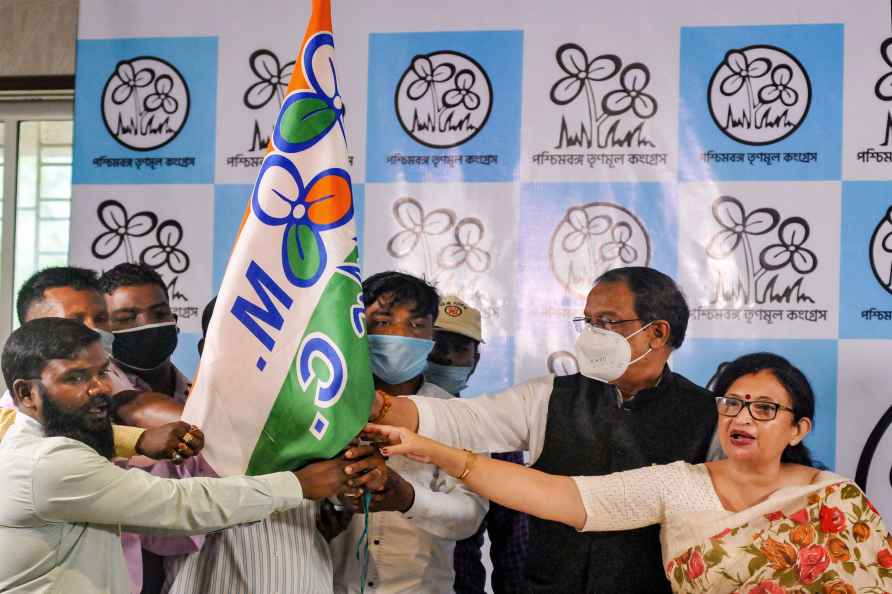 Kolkata, Nov 23 : The Howrah minority cell leader of Trinamool Congress Wahzul Khan succumbed to gunshot injuries on Tuesday. Khan was fired upon from a close range near his home in Howrah on Monday night. This incident comes a couple of days after a youth leader of the party was killed in Canning in South 24 Parganas. "Everyday he used to come to his new house in the evening, which is a 3 minutes' walk from his old house. He used to stay in this house for three-four hours and go back home at night. He used to speak to the local people to know about their problems," Wahzul brother Guddu Khan, who switched over to the BJP before the assembly polls, said. "On Monday, he was going back home when some people with fire-arms came and shot him from a close range. Three bullets were pumped in him. He was rushed to the hospital but he died in the morning," Khan added. Police arrested four people in this connection and are looking for three more. "We watched the CCTV and could identify two of them. Interrogating the duo, we arrested two more. We are interrogating them and are hopeful that we will be able to arrest the rest of the culprits," a senior Howrah district police officer said. "We are fine with the steps taken by the police. My brother never wanted syndicate business in the locality and for that he was murdered," Khan said. Trinamool Congress, however, cried foul. Speaking to the media, the party's Howrah district President Kalyan Ghosh said, "He was a very good organiser and it is a huge loss for us. Corporation election is round the corner and we believe that the BJP is behind the murder. It was becoming difficult for them to control several wards that were under him". BJP, however, refuted the allegation. On Saturday night, Trinamool Congress youth leader was shot dead by some miscreants at Canning in South 24 Parganas. The deceased identified as Maharam Sk - a Trinamool leader of Nikarihat Gram Panchayat was rushed to SSKM after he was shot from a close range. Sk died in the hospital on Sunday afternoon. /IANS

K'taka HC orders action against officers for failing to act on illegal constructions
Bengaluru, Dec 24 : The Karnataka High Court has directed the state government and heads of local bodies to initiate action through departmental inqui

Man gets life term for raping autistic woman
Lucknow, Dec 24 : A special court has sentenced a man to life imprisonment and imposed a penalty of Rs 50,000 after declaring him guilty of sexually a

[**EDS: WITH STORY MES2**Krishna: CJI Justice N V Ramana gets grand welcome in a traditional way on his maiden visit to his native village Ponnavaram in Krishna district of Andhra Pradesh. ( /PTI] […]