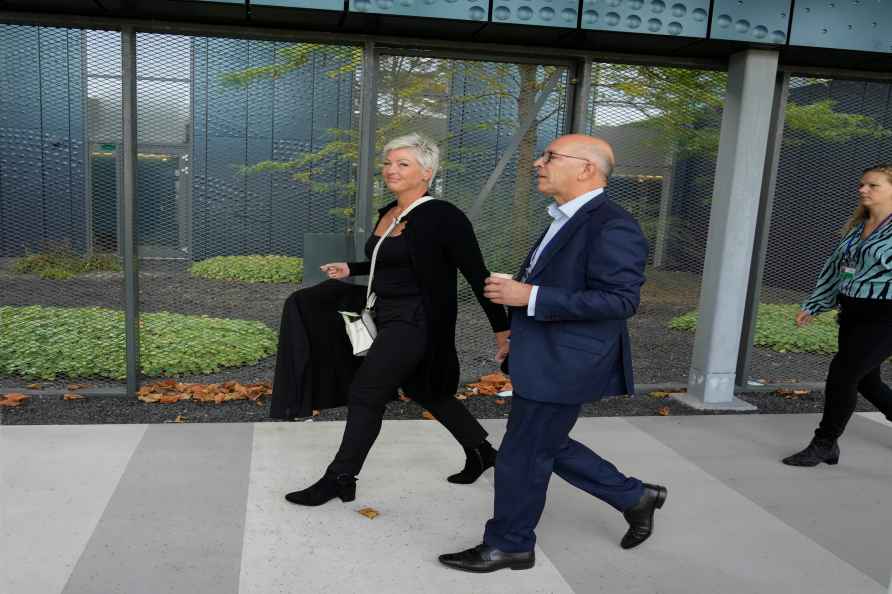 By Sanjeev Sharma New Delhi, Nov 23 : Families of some of the forcibly disappeared people in Pakistan have said that the police refuses to name or implicate intelligence agencies or military forces in FIRs, a report by Amnesty International said. Sammi Baloch, whose father Deen Mohammad disappeared on June 28, 2009, described having to compromise when the police eventually agreed to file an FIR. The police only agreed to file the FIR against "unidentified people", despite witnesses seeing men in Frontier Corps uniforms assaulting and then abducting Deen Mohammad. Shabana Majeed, whose brother Zakir Majeed disappeared on June 8, 2009, told Amnesty International that, in spite of eyewitness accounts of the latter being assaulted and abducted by a group of men, including men in Frontier Corps uniforms, the police refused to file an FIR against intelligence agencies. The police finally registered the FIR in January 2010, seven months after Zakir Majeed had disappeared. Most of the families of forcibly disappeared people who spoke to Amnesty International said that not only were they unable to use the legal system to locate their loved ones, despite the constitutional safeguards and the applications of the Penal Code as a protection against enforced disappearances, but that they had considerable difficulties while even filing an FIR with the police. Eight of the 10 interviewees told Amnesty International that they had difficulties in registering an FIR with the police when their loved one was disappeared. They described reluctance and deliberate delays from the police to register the reports, and two out of the eight interviewees had to file writ petitions with the Supreme Court of Pakistan just to get an FIR registered. The difficulty in registering an FIR may be a violation of the right to fair trial and due process. Enforced disappearances have been plaguing the people of Pakistan since as far back as at least the mid-1980s. People are wrenched away from their loved ones by state officials, or others acting on their behalf, placing them outside the protection of the law. The authorities deny the person is in their custody or refuse to say where they are. Families of the disappeared are plunged into a state of anguish, trying to keep the flame of hope alive while fearing the worst. Many have been in this limbo for years. Among the families that Amnesty International spoke with, the victims of enforced disappearance were doctors, tailors, students, a book publisher, and a law clerk. Amnesty International said in a new report the disappeared are at risk of torture and even death. If they are released, the physical and psychological scars endure; if they are killed, the family may not even find out about their death and will never recover from their loss. Disappearances are a tool of terror that strikes not just individuals and families, but entire societies. This is why enforced disappearances are a crime under international law and, if committed as part of a systematic attack against a civilian population, they constitute a crime against humanity. Pakistan is yet to accede to the Convention for the Protection of All Persons from Enforced Disappearances (CPED), despite the Minister of Human Rights, Shireen Mazari, stating that the government wants to sign the convention. Twelve such progress was undermined, however, by the abduction of political activist Seengar Noonari on June 26 this year, only weeks after the reform was presented. (Sanjeev Sharma can be reached at Sanjeev.s@ians.in) /IANS

Shehbaz meets Biden at reception for world leaders in New York
[Palestinian President Mahmoud Abbas holds up a graphic showing the May 28, 2021 front page of The New York Times while addressing the 77th session of

Lucknow, Sep 23 : The Samajwadi Party on Friday staged a walkout from the Uttar Pradesh Assembly after its members were disallowed to raise the issue of students' agitation in the Allahabad University […]

Rishikesh: Police personnel carry the body of a female resort receptionist who was murdered allegedly by the resort owner and thrown into the Cheela canal, in Rishikesh, Saturday, Sept. 24, 2022. Poli […]

Patna, Sep 23 : Bihar Governor Phagu Chauhan was airlifted to Delhi for some medical treatment on Friday morning. A Special air ambulance took him to Delhi and he will soon be admitted to AIIMS. […]

Palanpur, Sep 23 : Traffic on the North Gujarat highways came to halt on Friday after over 200 Panjrapole (cow shelter homes) trustees released thousands of cows in protest against the state governmen […]