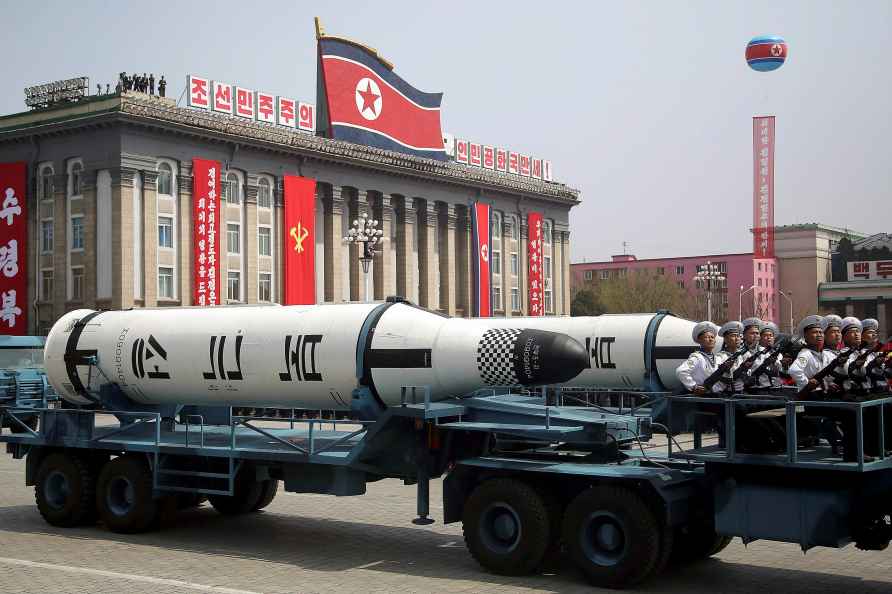 Seoul, Nov 22 : North Korea has called for 'glorifying' the era of leader Kim Jong-un as a large-scale conference on carrying out a mass movement for the country's development wrapped up, Pyongyang's state media said on Monday. The 5th Conference of the Frontrunners in the Three Revolutions, which kicked off in Pyongyang on November 18, closed with the adoption of an appeal that calls for the glorification of "the great era of Kim Jong-un", according to the North's official Korean Central News Agency (KCNA). The three-revolution movement is a mass movement devised under Kim Il-sung, the North's late founder and grandfather of the current leader, to continue "the revolution in the realms of ideology, technology and culture even after the establishment of the socialist system", Yonhap News Agency quoted the KCNA as saying. At the start of the conference, Kim Jong-un sent a letter to the participants and called for strengthening the country's self-reliance. "It is the feelings and aspiration of all the Korean people who live in the glorious era and the solemn call of the revolution to transform and change the whole society in line with the revolutionary idea and will of the respected Comrade Kim Jong-un," the KCNA said. The conference took place as North Korea has been continuing to elevate Kim's political status ahead of the 10th anniversary of Kim Jong-un's leadership. He rose to power in December 2011, following the sudden death of his father and former leader Kim Jong-il. It marked the second of its kind held under the current leader after the fourth conference took place in November 2015. The previous sessions were held in 1986, 1995 and 2006. /IANS

Battle for UP: A saint should not be CM, says seer
Prayagraj (UP), Jan 25 : Swami Avimukteshwaranand, a prominent saint, has kicked up a storm by stating that a saint cannot and should not be a chief m

Good that Yogi did not contest from Ayodhya: Chief priest
Ayodhya, Jan 25 : At a time when all saints in Ayodhya wanted Uttar Pradesh Chief Minister Yogi Adityanath to contest the upcoming Assembly elections

Bhubaneswar: Volunteers with their body painted in tricolor hold National flags as they perform a street play on the eve of Republic Day 2022, in Bhubaneswar, Tuesday, Jan. 25, 2022. ( /PTI […]

Kanpur (Uttar Pradesh), Jan 25 : A special POCSO court rejected the bail application of accused Rajeev Kumar, who has been charged by the police for rape and thrashing father and brother of the victim […]